Kroger Builds on an Invisible Advantage

Kroger Builds on an Invisible Advantage

Cara Pratt, left, and Nancy Winé lead Kroger Precision Marketing at 84.51˚, a unique organization within Kroger that functions much like an advertising agency with the added benefit of applying data science to the retailer's first party sales data.

Of all the ways innovation is happening in retail, some of the most profound changes are occurring in how retailers and brands engage with and influence shopper behavior. These marketing innovations, unlike a splashy new ad campaign, are happening in less visible ways that involve data capture, analytics, personalized offers, measurement, integration and optimization. They are also happening against a backdrop of huge changes in the way brand budgets are allocated against new and existing media types.

This is due to a quiet revolution happening in the marketing world where retailers have emerged as media platforms, networks in essence. This revolution hasn’t been all that quiet for those involved in marketing, but it is poised to gain traction in the second half of 2020 and beyond as digital grocery accelerates. Retailers large and small now realize the value of their shopper audiences in an increasingly digitally engaged world where everything is becoming clickable and shoppable. In such an environment, brand marketing budgets are being put to use in new, interconnected and highly measurable ways.

“As shoppers are changing their buying behaviors and there is an easier connection between an advertisement and influencing the buy, the reality is the days of historic silos in media investment choices are all starting to blur,” said Cara Pratt, Vice President of commercial and product strategy for Kroger Precision Marketing at 84.51˚.

“We’ve gone from three relatively clear lines of investments on behalf of a CPG advertiser to four potential verticals which are starting to blur the line. The path to purchase is no longer linear and there are new ways to create shoppable moments that are not as distinct as before when standing in front of a shelf,” Pratt said.

Kroger recognized this shift sooner than most when in the fall of 2017 it created Kroger Precision Media (KPM) powered by its data science subsidiary 84.51°. KPM functions as a cross-channel media solution focused on precise, personalized communication to customers with one distinct advantage. It taps into first-party purchase data from 60 million households who participate in Kroger’s loyalty program and are connected to 96% of Kroger’s sales.

The insights and capabilities of KPM are shaping up to be especially useful in the back half of 2020 as brand marketers attempt to make sense of spending behaviors disrupted by COVID-19.

“There is a whole new treasure trove of data,” Pratt said, “as we are seeing a lot of new households take advantage of grocery pick up and delivery at scale.” She believes it is a pivotal time for brands as new households buy different brands and experiment with new categories. “This is a unique milestone moment for many brand marketers to think through how they protect who they have and how they retain who is newly influenced in engaging with their portfolio. And we have a unique opportunity to leverage our audience intelligence to help them deliver against the brand objectives they may have.”

Early indications are brands are taking advantage of KPM. Despite the fact that brands slowed promotional activity in March and April as products were practically flying off shelves, the media business rebounded so strongly in May as digital sales growth entered triple digit territory, Kroger CFO Gary Millerchip told investors that KPM was on track to experience 50% growth in 2020.

The rate of growth is noteworthy because in addition to helping brands drive sales, KPM is also a key element of Kroger’s “alternative revenue streams” that is expected to be a key contributor to profit growth. In that sense, KPM is similar to Amazon’s advertising business that blossomed as its web site became immensely popular and overtook Google as the place shoppers went to first to search for products. By tapping into the traffic on its web site, Amazon last year reported “other” revenues of $14 billion, which a footnote in its financial results says, “primarily includes sales of advertising services, as well as sales related to our other service offerings.” Other revenues in Amazon’s first quarter increased 44% to $3.9 billion.

Little wonder then that retail media is broadly appealing and the source of high expectations at retailers such as Kroger, which boasts similarities to Amazon with a large and loyal base of customers that doubles as an audience.

“We remain confident in the significant potential of alternative profits, especially given the continued growth in traffic across our store and digital ecosystem,” Millerchip said when Kroger reported its first quarter results on June 18. “Despite short-term headwinds due to COVID-19, we continue to expect alternative profit to be a major accelerator of our model in the future.”

Helping spread the KPM gospel in addition to Pratt is a former Amazon executive well-versed in the advantages of precision targeting. Nancy Winé joined KPM in May to lead advertising sales across all regions and clients. She spent the previous nine years at Amazon where she co-created the consumables vertical which is now the largest advertising vertical at Amazon. Prior to Amazon, Winé served on the senior management team for Integer/ TBWA, where she launched and scaled Integer’s Digitail practice across more than 600 employees.

“I love to build and make things and grocery is super uncharted territory,” Winé said of her decision to join KPM. “Kroger has a footprint and unique ability to win in grocery e-commerce and I want to help continue to build out that foundation. We have very long runway with KPM and we are innovating and creating new ways to build baskets and drive impulse.”

The perceived length of that runway comes back to the major structural changes happening in the marketing world overall as all forms of digital grow and intersect.

“There has historically been a significant difference in investment choices and as we look forward we are starting to see those lines blur and it largely due to new opportunities to engage with customers, but also customers’ new opportunities to buy, whether they in their car, on a sofa, in a store or anywhere in between,” Pratt said. “The future is really about unlocking more shoppable moments. And doing that with the most effective audience to deliver against a brand’s objectives, driving clarity into how investments influenced behavior and creating more end-to-end synchronization. That’s what advertisers are clamoring for and what they deserve.”

Looking forward, Pratt and Winé hinted at new KPM experiences and new content opportunities to inspire connection to brands, but offered no details except to say they are excited to release details soon. The pair also indicated that future capabilities will be driven by what advertisers are most interested in and how KPM leverages its assets to deliver against those needs.

“We are really focused on driving a new level of accountability into media investments,” Pratt said. 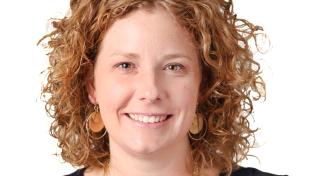 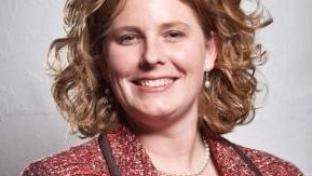 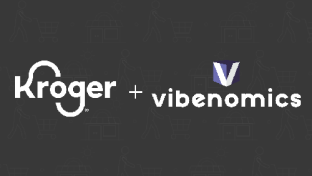 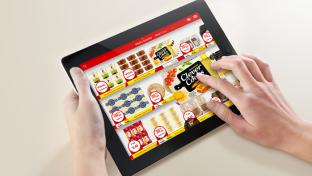 Consumer Insights
How grocers can compete for ad dollars against Amazon, Google and Walmart