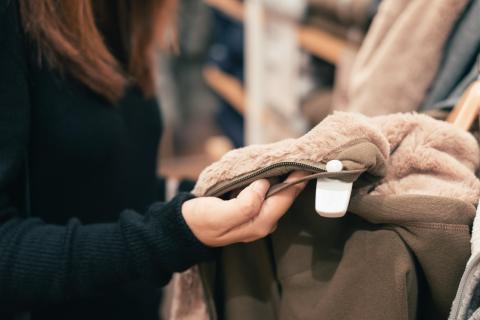 An innovative approach to thwart retail crime is underway in Los Angeles that could make a dent in the industry $50 billion problem.

They strike quickly, criminals who are becoming increasingly more brazen and dangerous as they grab highly sought-after product from store shelves, ripping off retailers and reselling it for financial gain.

City Attorney Mike Feuer, the Los Angeles Police Department (LAPD) and ALTO US announced they are teaming up to implement the retail risk management solution, ALTO Alliance, a technology platform with comprehensive analytics that ties together retailers' data with industry-wide resources, efficiently bridging the gap between retail, law enforcement, and the judicial system to prosecute repeat offenders and organized retail crime gangs.

"This new technology tool will greatly enhance our petty theft prosecutions by collecting and organizing the evidence needed for successful prosecutions, allowing us to focus our resources on repeat offenders while maximizing rehabilitation opportunities for first offenders," said Mary Clare Molidor, Chief of the Los Angeles City Attorney's Criminal Branch.

Organized retail crime (ORC) is at an all time high and it cost the overall U.S. retail economy $49.8 billion in losses in 2017, according to a study by the National Retail Federation.

In 2014, voters passed prop 47, which reduced a theft crime to a misdemeanor if $950 or less worth of property is stolen in a single incident.  Anything above $950 can be charged as a felony. The unintended consequences of prop 47 – an increase in organized retail theft.

On September 28, 2018, California Governor, Jerry Brown signed AB 1065 into law.  This new law defines and recognizes organized retail theft (ORC) as a crime, expands jurisdiction to prosecute cases of theft or receipt of stolen merchandise, and makes it a felony or misdemeanor.

Included in the bill:

"Retail theft hurts not only local businesses, but all Los Angeles consumers, and that is why the LAPD will continue to collaborate with a variety of partners both public and private," said LAPD Commander Blake Chow, Information Technology Group.  "This initiative exemplifies the Department's commitment to 'smart' policing and a data driven approach that best leverages our city's resources."