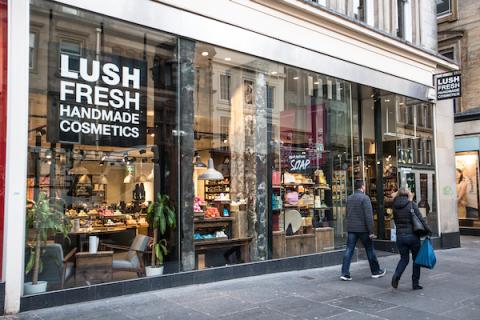 Lush Cosmetics announced it is cutting ties with social media for the second time after making a similar attempt in 2019. The company cited harms caused by social media platforms, as well as the effects of “bullying, fake news, extremist viewpoints, FOMO, phantom vibrations, manipulative algorithms” on young people. Social media could be influencing increasing rates of youth suicides, depression and anxiety, Lush stated.

“We wouldn’t ask our customers to meet us down a dark and dangerous alleyway—but some social media platforms are beginning to feel like places no one should be encouraged to go,” the company stated on its website. “Something has to change.”

Lush shut down its accounts across Instagram, Facebook, Snapchat, Whatsapp and TikTok on Black Friday. The company, which operates more than 900 stores worldwide, noted it wouldn’t be coming back to these platforms until they can provide a safer environment for their users.

The move bucks industry conventional trends, particularly as retailers work harder than ever to connect with customers over the holiday shopping season.

The decision comes soon after a whistleblower shared Facebook’s own research showing its negative impact on users. The research also revealed Facebook has misled the public about its progress against hate speech, misinformation and violence.

“As an inventor of bath bombs, I pour all my efforts into creating products that help people switch off, relax and pay attention to their wellbeing,” Jack Constantine, inventor and chief digital officer of Lush Cosmetics, said in a statement. “Social media platforms have become the antithesis of this aim, with algorithms designed to keep people scrolling and stop them from switching off and relaxing.”

Lush plans to remain on YouTube to connect with customers.

“The choice of platforms we use for communications will change over time as new platforms and services become available, but will always take the above considerations and concerns into account when making our choices,” Lush stated in its new anti-social media policy.