MedMen Enterprises, the publicly held cultivator, producer and retailer of state-sanctioned cannabis, opened a new store recently in Venice, Calif. That’s nothing new, the company has 18 locations, but the optics of the grand opening at the Venice location show how far state sanctioned retailing of marijuana has come.

According to MedMen, the appearance by Lieu at the grand opening marked the first known time an active U.S. congressman participated in the grand opening of a marijuana dispensary. MedMen latched on to the symbolism of the moment to underscore how mainstream marijuana has become and how California is leading the way. Lieu also provided an enthusiastic quote for MedMen’s press release.

“I’m a big supporter of MedMen. It’s the second store in my district and I’ve always been a big supporter of cannabis legalization,” said Lieu. “In Washington D.C., I have been a co-author of numerous bills to legalize marijuana, to decriminalize it and to make sure that we can have federal banking for cannabis related transactions.” 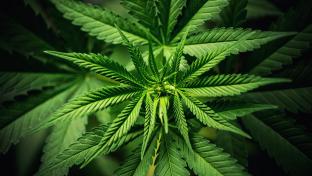