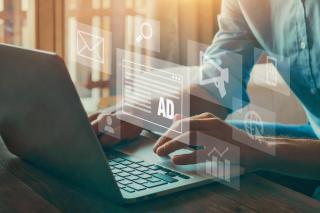 The digital advertising world is big--and growing in importance to the consumer packaged goods brands and retailer community every day. For some advertisers, throwing money behind campaigns can be a shot in the dark without any real data around the success or failure.

That’s why the Association of National Advertisers wants to investigate where dollars in digital ad spending really go--and how they pay off.

Specifically, automated digital ad-buying is the root of the issue, and without transparency, advertisers are potentially losing billions of dollars and having trouble planning their advertising investments, according to Bob Liodice, chief executive of the ANA, who spoke to The Wall Street Journal about the investigation.

Brands and other advertisers have also expressed a rising need for greater transparency across retail media platforms as well, with better insights and real-time data that can be viewed and leveraged through self-service portals. As more retail media networks come on board, increasing competition for digital ad space, those with transparent and self-service dashboards are likely to emerge as favorites.

The effort for more transparency is a decade in the making, with advertiser concerns growing as digital ad spending ramped up. Five years ago, ANA did a deep dive into the issue and uncovered unethical business practices, including “undisclosed rebates for agencies and other nontransparent practices were pervasive in the U.S.,” WSJ reported. Instead of looking for bad business practices, ANA is investigating the flow of money in automated ad buying by examining the processes, and the companies that support ad buying, and the social media and digital video companies with their own networks.

This issue continues to rise in complexity as more data points are tracked and targeting becomes more sophisticated. Within automated ad buying, about 15% of spending can’t be accounted for, while the rest makes it to agencies, ad tech vendors and digital publishers, ANA said.

“We are saying the way the ecosystem was constructed is not optimal for marketers to make decisions,” Liodice said. “We require that next level of understanding to see if we can get greater productivity out of the ecosystem.”

The study is expected to be a year long, with ANA seeking consultants to conduct the investigation. Request-for-proposals are due in June.