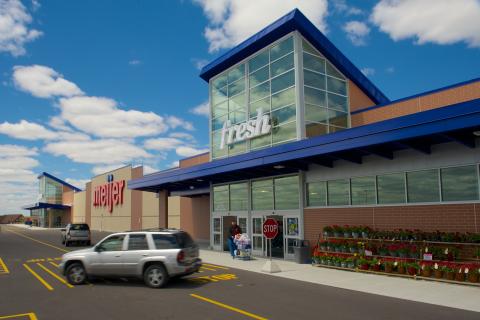 Pandemic or not, food and other types of retailers are racing to position themselves as environmentally friendly — either from sincere belief or consumer demand, or both — and Meijer and Sprouts Farmers Market provide the latest example of that hot trend.

The retail chains have won recognition from the U.S. Environmental Protection Agency for reducing refrigerant emissions across all its supercenters over the past year, as part of the GreenChill program.

More specifically, Meijer earned a Superior Achievement Award for reaching its refrigerant-leak rate goal by installing leak detection systems, following robust maintenance policies, and by proactively replacing end-of-life equipment at each of its stores. Additionally, the Grand River Avenue Meijer, in Detroit, earned the Best of the Best recognition for achieving the highest estimated avoided emissions among the more than 500 GreenChill certified stores nationwide in 2019.

Sprouts has participated in the GreenChill Program since 2009. This year’s achievements add to the 25 GreenChill recognitions that the healthy grocer has received in previous years.

A Meijer executive described why the recognition is important in the food retail world.

“Refrigeration plays a vital role in ensuring foods are stored at the proper temperature before they're purchased by our customers, but it [also] makes an impact on the environment,” said Vik Srinivasan, Meijer’s SVP of properties and real estate. "Meijer is committed to lessening our carbon footprint, and this continued partnership with GreenChill helps us reach our environmentally friendly goals.”

The news of the EPA awards for Meijer comes as other retailers increase their own environmental and emission-reduction efforts — a trend that promises to keep increasing in 2021 and beyond.

For example, Walmart earlier in September reaffirmed its commitment to battle climate change with a goal to achieve zero emissions across the company’s worldwide operations by 2040, without the use of carbon offsets. The Bentonville, Arkansas-based retailer and the Walmart Foundation are also pledging to help protect, manage or restore a minimum of 50 million acres of land and 1 million square miles of ocean by 2030 to conserve nature under threat.

As for Meijer, it has participated in the GreenChill Program since 2012 and has continually reduced refrigerant emissions across its 253 supercenters. The Grand River Ave. Meijer earned recognition for reducing the highest estimated emissions -- the amount of emissions it reduced totaled the energy use of 239 homes for a year.