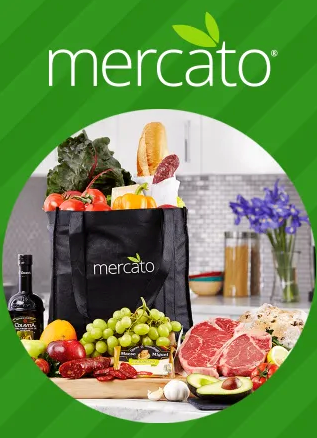 Mercato, an e-commerce platform that helps independent grocery retailers and specialty food stores deliver online orders, has raised $26 million in a funding round.

The company has seen huge growth since the start of the Covid-19 pandemic as grocer and food retailers have surged in demand. Last year, Mercato’s merchant sales rose 1,300%--and Mercato expects to double that this year, Progressive Grocer reported.

The growth and recent funding influx at Mercato reveals that not only are the biggest grocery retailers ramping up their omnichannel solutions to meet shopper demands that are increasingly online. Smaller businesses are also working with solutions providers like Mercato to compete on a larger scale. Further, the funding also indicates that many of the shopper behaviors that appeared during the Covid-19 pandemic are likely to stick around.

Mercato currently connects consumers to more than 1,000 specialty food retailers and small grocers in 45 states. More than 400 specialty grocers and market halls were added to the platform in 2020.

Michigan-based Velvet Sea Ventures led the funding round, with participation from Team Europe--the investing arm of Lukasz Gadowski, who co-founded Delivery Hero--as well as existing investors Greycroft and Loeb.nyc. As part of the funding round, Velvet Sea Ventures co-founder Michael Lazerow will join Mercato’s board of directors, while its other co-founder, Kass Lazerow, will act in an advisory role. To date, Mercato has raised nearly $35 million, according to Techcrunch.