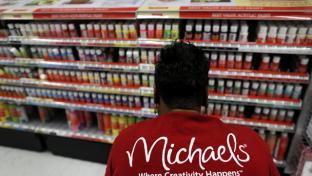 Michaels is attempting to gain a head start for holiday season labor as the craft-store seeks to hire thousands of seasonal workers.

“At Michaels we are proud of our strong culture and are thrilled to be officially named a great workplace. This certification was measured on several categories that are vital to creating a great culture and are important at Michaels, including trust, respect, credibility, pride and camaraderie,” said Holly Shaskey-Platek, Senior Vice President of Human Resources.

The labor market is forcing retailers to rethink their approach to hiring as a smaller pool of workers seeks more flexibility, training and pay. Many retailers who saw the labor market tighten several years ago responded by increasing wages and improving benefits. Most notably, Walmart increased its starting wages each of the past three years, prompting other retailers to raise their entry level wages. Earlier this year, Target raised its starting hourly wages to $12 and said it would hit $15 by the end of 2020. Other retailers have employed more unconventional methods to position themselves as an employer of choice. For example, the Buc-ee’s chain of more than 30 convenience stores opened a new location in the Houston suburb of Katy last year and sign hung above the exit lets shoppers and potential job-seekers know hourly pay rate by type of position and benefits such as three weeks of vacation and 401K.

To keep up with the competition for hiring holiday help, Michaels says its offering competitive wages, flexible hours and a 30 percent discount. The company is advertising the position as an experience filled with fun, hard work, creativity and teamwork.