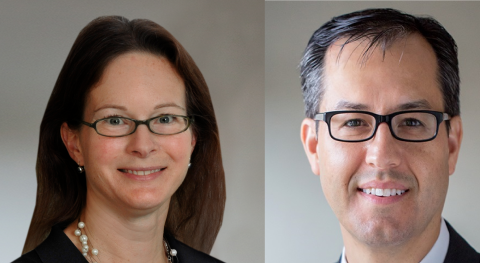 There was a time when a quick estimate of market shares might have been enough to provide a reasonable assessment of antitrust risk for a potential combination between two brick and mortar retail chain stores.

Today, reliance on simple market shares for risk assessment can leave the wrong impression about how the U.S. antitrust agencies review a merger of two retailers. This can be especially true for brick-and-mortar retailers that are looking to forge a path forward through the growth in e-commerce, high-profile bankruptcies or a sense that the marketplace is over-stored.

As the tools used by the U.S. antitrust enforcement agencies have evolved, so too must the tools used to gauge antitrust risk at the pre-deal stage. These risks include the potential for a long and costly antitrust investigation, including compliance with a Second Request (a giant subpoena for documents, data, and other information from the merging parties), the potential that divestitures may be required to resolve competitive concerns raised by the agency, as well as the possibility that the agency may seek to block the transaction entirely.

That’s why brick and mortar retailers contemplating a merger need to adjust their thinking about pre-deal risk assessment. A modern approach involves five key areas, including:

Consumer substitution patterns—not market shares—are central to assessing the antitrust risk of a potential merger. In an investigation, the FTC is trying to figure out whether the consolidation will “substantially lessen competition.” Naturally, a key aspect of answering that question is to determine how closely the two retailers compete with one another. Closeness of competition is evaluated along a variety of dimensions, including geographic proximity as well as similarities in pricing, promotion, and product assortment. The closer two retailers are along these dimensions, the more likely it is that the FTC will conclude that consumers view them as close substitutes.

A before/after analysis is a standard practice at the antitrust agencies for assessing customer substitution patterns and whether the proposed transaction is likely to give rise to competitive concerns. Given the depth and breadth of data that retailers track, as well as retailers’ familiarity with A/B style “before” and “after” testing, assessing customer substitution patterns using the modern analytical tools used by the FTC in a merger review is straightforward for most retailers.

In general, if the hit to sales from entry by a variety of competitors are all similar, then it is more likely the agency will conclude that consumers do not view the parties to the proposed transaction as particularly unique or especially close substitutes in the marketplace. The same is true if the hit to sales from the entry is small. And if the decrease in sales is only temporary, then the agency may conclude that consumers tried out the new store when it first opened, but did not find the new store to be a good substitute and quickly reverted to their original shopping destination.

While this type of information may seem more daunting than simple market shares, in our experience, retailers often consider before/after event analyses in the ordinary course of business. Many of these internal analyses also compare before/after outcomes to a control group, such as comparable stores that did not experience entry or exit. With A/B style experiments widely used by retailers, these types of entry and exit analyses are relatively common to find in-house as part of ordinary-course analyses of consumer shopping behavior.

In a FTC merger review, the impact on sales from a competitor’s entry are translated into consumer substitution patterns, which are referred to, in antitrust jargon, as “diversions” or “diversion ratios.” The amount—and value—of that diversion provides a numerical measure used by the FTC to assess how closely the parties to the proposed transaction compete. The agency views “high” diversion ratios as indicating that those two retail chains are close competitive alternatives for consumers. Consequently, antitrust risk typically increases if the FTC, using its own analytical framework, would likely find high diversion ratios between the parties to the proposed transaction.

Other types of evidence can also be valuable. For example, loyalty-card information can be useful, especially for assessing how far consumers travel to make purchases and whether the merging retailers (and other competitors) are drawing customers from the same geographic area.

Evidence about the extent of customers’ cross-shopping across multiple retailers is also useful, but must be interpreted with care. While cross-shopping often reflects consumers’ ability and willingness to substitute purchases of the same goods across different retailers, such cross-shopping could well reflect that consumers satisfy different needs at different retailers or through different channels of sale. For example, the FTC has taken the view that conventional supermarkets are a limited constraint on grocery stores such as Whole Foods because cross-shopping reflects consumers purchasing different products at each type of grocery store (e.g., buying canned goods at Safeway but fresh products at Whole Foods) not consumer substitution patterns (e.g., switching seafood purchases between Safeway and Whole Foods).

Online sales as a percentage of overall retail sales continues to grow significantly. Few brick and mortar retailers have escaped at least some competitive pressure from e-commerce retailers. The constraint from online retailers, however, is not the same in every retail setting. Nearly everyone buys online these days, but not everyone considers buying everything online all the time—or even most of the time for certain types of retail purchases.

That has implications for the antitrust analysis of retail mergers. In some retail settings, like the retail sale of office supplies (Office Depot/OfficeMax) and children’s toys (Toys ‘R Us), the FTC has credited online competition as a constraint on brick and mortar retailers. But in other retail settings, like the sale of tailored men’s suits (Jos. A Bank/Men’s Wearhouse) and supermarkets (e.g., Albertsons/Safeway, Ahold/Delhaize), the FTC has not viewed online retailers as a significant constraint on brick and mortar retailers despite the growth of online sales. Therefore, determining how much credit the antitrust agency is likely to give online retail competition is critical.

Information readily available on retail dashboards as well as data from loyalty-card use can be helpful in assessing how likely it is that online competition will be given full credit. Retailers can also ask themselves these questions: At the point of sale, how often are prices matched when a customer holds up their smartphone showing the same product at a lower price? If local brick and mortar stores are price checked and mystery shopped, are online retailer websites similarly price checked and mystery shopped? What percentage of sales are made online, and are brick and mortar sales declining in relation to online sales? Did a new online entrant significantly affect brick and mortar retail sales?

Understanding the business rationale for the choice of pricing strategy is a central issue in the antitrust agency’s competitive assessment of a proposed transaction. While zone-level or store-level pricing may be driven by differences in costs to serve, the FTC typically considers prices, pricing policies, and price zones that vary locally based on the presence or absence of key competitors to be a major factor in their antitrust analysis. A price zone allowing for higher prices when a competitor (or type of competitor) is absent, or lower prices when the competitor is present, is likely to affect how the agency defines the relevant set of competitors and is almost always a critical factor in the agency’s ultimate assessment of the competitive effects of the merger itself.

National and omnichannel pricing—in which prices and promotions do not vary across stores, e-commerce, and hardcopy mailings such as catalogs—may mean there are different competitive constraints compared to localized pricing strategies. Indeed, it is not uncommon for parties to a proposed transaction to point to their national-pricing policies to explain why the transaction will not change pricing in any local area where the parties both have stores. But even here, the reason for the choice matters.

The ability to lower costs often motivates a potential combination. That’s almost always a good thing because it is important to be able to articulate a strong pro-competitive rationale for the proposed transaction. The focus of the antitrust agency’s investigation is not on how the consolidation will benefit the merging parties, but rather: “How will the transaction benefit consumers?” A merger premised on lowering costs and passing those savings on to consumers through lower prices is viewed favorably by the FTC.

But not all synergies are inevitably pro-competitive. While cost synergies are often viewed as pro-competitive, synergies that stem from transaction-related store closures can create a red flag. The FTC may view store closures as having no pro-consumer benefit, or as reducing consumer choice, and may even view closures as an attempt to eliminate cannibalization that reflects meaningful pre-merger competition. Therefore, transaction-related stores closures to address being over-stored, whether characterized as a revenue synergy or a cost synergy, require careful pre-deal consideration, including whether those stores would have closed even in the absence of the transaction.

Although the modern economic tools are often more relevant for predicting the agency’s ultimate assessment, “hot” documents and unfavorable third-party testimony can extend an investigation, result in the agency requiring store divestitures as a condition of approving the merger, and may even appear in a complaint seeking to stop a transaction entirely. In short, these traditional tools and pieces of evidence still matter for pre-deal risk assessment.

The five areas described here represent a modern, pre-transaction risk assessment approach that is aligned with the analytical tools the antitrust agencies rely on when reviewing a merger. Using a ruler when a precision tool kit is required can lead to unfortunate surprises. Further, reliance on simple tools may dissuade potential partners from pursuing a transaction that might appear problematic on first blush, but in fact would be unlikely to raise competitive concerns. The tools described here play a key role in assessing internally the competitive issues that may arise during the antitrust merger-review process and that affect the ultimate outcome of that review. RL

Alexis Gilman is a partner in Crowell & Moring’s Antitrust Group in Washington, D.C. From 2014 until 2017, he served as the Assistant Director of the Mergers IV Division in the Bureau of Competition of the Federal Trade Commission, which investigates retail mergers. Elizabeth Bailey is an economist and academic affiliate at NERA Economic Consulting in San Francisco where she handles retail mergers and acquisitions.