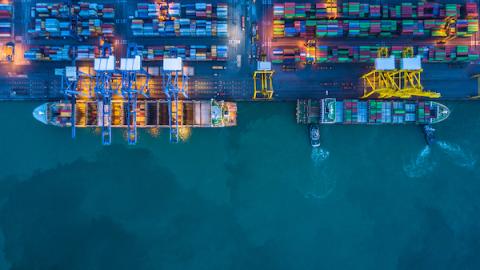 Imports support more than 21 million jobs, according to the study, “Imports Work for American Workers,” which included statistics on retail, apparel, transportation, manufacturing and consumer technology. Within the wholesale and retail industry, more than 6.2 million jobs were supported by imports in 2018.

The study aimed to highlight the benefits of imports to American workers, and it measured the net effects of imports on the U.S. economy. The report comes as President Biden is working to strike an infrastructure deal between Democrats and Republicans after presenting a $2.3 trillion plan. Quality and efficient infrastructure is critical to the retail industry, which depends on the ability to ship and accept products all over the world. NRF and other retail industry groups have jumped into the infrastructure debate as lawmakers attempt to frame out a bill package.

“Imports are a vital component of the U.S. economy,” Jonathan Gold, NRF vice president of supply chain and customs policy, said in a statement. “Not only do they expand the product market and lower the overall price of goods for consumers, but they also help create and support millions of American jobs.”

Within retail, workers actually rely on imports, the study reported. One in four American jobs are supported by the retail industry, which also accounts for $1 trillion in direct labor income. “And all of them benefit from imports,” the study reported.

Imports connect virtually all jobs in retail, from U.S. designers who develop products, to those who import and producers who arrange for financing, as well as dock workers who mobilize when goods arrive in ports. Customs agents, truckers, other transportation workers and wholesalers who sell to retailers and distributors are all essential parts of the retail supply chain connected to imports.

While many goods are produced in foreign countries, “more than 54 percent of what the consumer pays for imported apparel is U.S.-produced value, including wages paid to U.S. workers,” the study found.

That’s important because it reveals that the cross-border supply chain still has an impact on American jobs and the economy, with most of the value still being American for items made elsewhere.