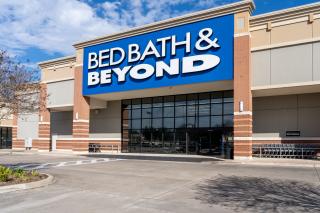 Sue Gove is the new president and CEO of the embattled home goods retailer Bed, Bath & Beyond, according to an Oct. 26 release from the company. Gove has served as interim CEO at Bed, Bath & Beyond since June after the board ousted former CEO Mark Tritton. The retailer said it expected Gove would continue to execute its strategic plan — announced in August — to prioritize financial growth, customer engagement, traffic and recapturing market share, according to the release. According to her LinkedIn profile, Gove joined the retailer’s board in 2019. She will continue on the board in her new role at the helm of the company. According to her LinkedIn profile, Gove has experience on the boards of several organizations, including IAA, Conn’s HomePlus and The Fresh Market. She is the founder of Excelsior Advisors, a retail consulting firm.

In an Oct. 25 release, the department store Belk said it hired MaryAnne Morin as its new president and chief merchandising officer. Morin started the role on Oct. 26, according to the release. She will lead the efforts of Belk’s merchandising, planning and its private brands teams, Belk said. Morin has held several roles in the retail industry, including as president of Stein Mart and Republic Clothing Group. She’s also worked for the Hudson Bay Company, Lord & Taylor, Macy’s and Echo Design Group, Belk said.

The Children’s Place Gets A New CFO

The Children’s Place, the specialty retailer that sells children’s clothing and accessories, on Oct. 24 tapped Sheamus Toal as its new senior VP and CFO. He will start the role on Nov. 7, and he will report directly to Jane Elfers, the retailer’s president and CEO. Toal will oversee finance, accounting, financial planning and analysis, tax, treasury, investor relations, internal audit, enterprise risk management, real estate, legal and lead the retailer’s ESG efforts, The Children’s Place said in a release. Prior to joining The Children’s Place, Toal was the EVP and CFO at the e-commerce retailer Saatva. Before that, Toal spent 16 years at New York & Co. in several senior-level positions, including as CEO during the COVID-19 pandemic from 2020 to 2021, according to the release.

The outdoor goods retailer REI in an Oct. 17 release said it added Mary-Farrell Tarbox to its retail leadership and corporate officer teams. Tarbox on Oct. 24 began her role as the retailer’s VP of physical stores and retail operations, according to the release. REI said that Tarbox would be responsible for providing strategic leadership for its approximately 180 retail stores and its retail operations team of 16,000. She will be expected to advance REI’s employee experience and customer service as part of its “culture of continuous improvement.” Prior to joining REI this month, Tarbox was a regional VP at Bed, Beth & Beyond, where she oversaw 370 stores. She’s also held roles in retail and human resources at Crate & Barrel, Petsmart and Target.

Purple, the direct-to-consumer mattress retailer, on Oct. 18 said it selected Keira Krausz to work as its CMO. She’ll start the role on Nov. 1, according to a release. Krausz will replace Patrice Varni, who has been in the role for less than two years. Krausz will report directly to Purple CEO Rob DeMartini and will oversee all of the retailer’s marketing efforts. Prior to Purple, Krausz most recently was the marketing officer at the digital health distribution platform HealthPlanOne, and she previously worked for Nutrisystem on its omnichannel DTC marketing, site and app development, sales and customer service, according to the release.