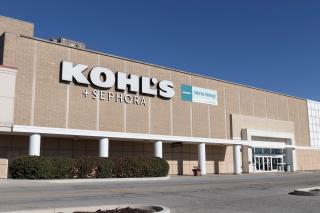 Sephora’s parent company LVMH Moët Hennessy Louis Vuitton has named Guillaume Motte as the retailer’s new president and CEO. According to its LinkedIn page, Motte will take over the role in January next year. Motte most recently served as the deputy CEO of LVMH Fashion Group, the arm of the company that operates the Celine, Loewe, Givenchy, Marc Jacobs, Kenzo, Rossimoda, Pucci, JWAnderson and Patou brands. He assumed that role in May last year after previously working as the president and CEO for Sephora’s Europe and Middle East business, according to his LinkedIn profile. Martin Brok, who was named president and CEO of Sephora in 2020, abruptly exited the company at the end of June. Motte will replace Chris de Lapuente, who assumed the position after Brok’s exit. De Lapuente was previously Sephora’s CEO from 2011 through September 2020.

More Shake-Ups at Bed Bath & Beyond

Rafeh Masood, Bed Bath & Beyond’s chief customer officer and chief technology officer, resigned from the role, effective Dec. 2. The retailer appointed Bart Sichel as chief marketing and customer officer, and also appointed Scott Lindblom as chief technology and digital officer. Prior to joining Bed Bath & Beyond, Sichel was the chief marketing officer at Burlington Stores and previously worked at McKinsey & Company, according to a release. Lindblom joined Bed Bath & Beyond in the role of chief technology officer in September 2020 and previously held roles at Michaels, ROSS Stores and Best Buy, a release said. Masood is the latest departure for the retailer that has seen several C-suite shake-ups as Bed Bath & Beyond looks to reinvigorate its brand. Mark Tritton was pushed out from his position as CEO by the board over the summer, as was Joe Hartsig, the retailer’s chief merchandising officer. Its chief accounting officer, chief operating officer and chief stores officer also this year departed the company, as CNBCreported. Sue Gove, who served as interim CEO following Tritton’s ouster, in October was named permanent CEO and president of Bed Bath & Beyond.

Rothy’s in a Nov. 2 release said it hired two new executives as it works toward its goal of accelerating global growth by, among other things, investing in customer acquisition and expanding its physical retail presence. The DTC retailer hired Heather Archibald as its chief product and merchandising officer, and Jamie Gersch as its chief marketing officer. Archibald has two decades of experience in the field and has held previous positions at Title Nile, Restoration Hardware and Gap Inc., according to the release. She will oversee Rothy’s merchandising, design, inventory planning and allocation departments. Gersch joins after a two-decade career at Gap Inc. where she worked as the chief marketing officer for its Old Navy brand. At Rothy’s, Gersch will oversee global brand marketing and e-commerce strategies.

Kohl’s CEO Michelle Gass stepped down as CEO, effective Dec. 2, the retailer announced in a Nov. 8 release. Gass is leaving the retailer for Levi Strauss & Co., where she will assume the role of president and eventually take over as CEO, according to another release. Gass joined Kohl’s in 2013, first serving as chief merchandising and customer officer. She was appointed CEO in 2018. She previously spent more than 16 years working in several roles at Starbucks, including as the president of its Europe, Middle East, Russia and Africa business, according to LinkedIn. The Kohl’s board of directors appointed Tom Kingsbury as interim CEO. Kingsbury joined Kohl’s in 2021 and was previously the president and CEO of Burlington Stores. Gass will start her role at Levi Strauss on Jan. 2 and will be responsible for leading its global digital and commercial operations, according to the release.

Discount home goods retailer Big Lots in a Nov. 9 release announced it had hired two new C-suite executives: Margarita Giannantonio, who was named chief merchandising officer, and John Alpaugh, who joined Big Lots as chief marketing officer. According to the release, Giannatonio will be responsible for leading Big Lots’ merchandising strategy across all of its product categories. She joined the company after spending a decade at TJX, where she most recently was the senior vice president and general merchandise manager for TJX Canada. She previously held roles at the Incredible Clothing Company and Hugo Boss Canada, according to the release. Alpaugh will be responsible for managing Big Lots’ brand and marketing strategy and executions. He spent 16 years working for PetSmart, where he eventually served as chief marketing officer. He most recently was the CEO of CyberMark, a digital marketing solutions provider that he sold in June, according to the release.