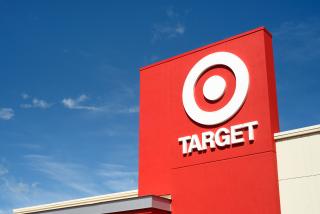 Chico’s FAS on Sept. 15 appointed executive Christine Munnelly to the role of senior vice president of merchandising and design at Soma, its intimate apparel boutique. In the new role, Munnelly will be tasked with overseeing the product, design and strategy for Soma, according to a release. She will report directly to Chico’s FAS CEO and President Molly Langerstein. Munnelly most recently worked at Ascena, where she was the senior vice president of merchandising. She previously had roles at Ann Taylor and LOFT and at New York and Company, the release said.

John Foley and Hisao Kushi, the co-founders of Peloton, exited their positions as executive chair and chief legal officer, respectively. The company in a Sept. 12 release said it had accepted their resignations. Dara Treseder, Peloton’s chief marketing officer, also departed the company Oct. 4. Former Spoitfy CFO Barry McCarthy earlier replaced Foley as the CEO of Peloton, which has undergone significant changes this year as it works to turn around its financial situation. The retailer has bucked its direct-to-consumer (DTC)-only sales model in favor of partnerships with Amazon and Dick’s Sporting Goods. The company in October announced another round of layoffs, cutting another 12% of its remaining corporate workforce.

Target on Oct. 4 said it had selected Prat Vemana, a former executive at Kaiser Permanente, to lead its digital efforts. He will join the company at the end of the month as the executive vice president and chief digital and product officer. He will be responsible for Target’s site merchandising, user experience, digital operations and product, and Target’s third-party online marketplace (Target+), according to a release. Vermana will report to Cara Sylvester, Target’s chief guest experience officer. Digital sales currently represent 20% of Target’s overall business, according to the retailer.

The North Face in September filled two roles: chief marketing officer and chief product and merchandising officer, Footwear Newsreported. Sophie Bambuck, who was tapped to serve in the marketing role is a Nike alum, having worked there and at Converse for over a decade, according to her LinkedIn. She most recently worked as the chief marketer at Everlane. It also hired Jennifer Ingraffea to the product and merchandising role. Ingraffea was also a longtime Nike employee, working in various roles since 2003. Before Nike, Ingraffea previously held roles at Williams-Sonoma and at Gap, per her LinkedIn.

Sparc Group, the owner of the clothing retailer Eddie Bauer, announced that Tim Bantle was selected to serve as the brand’s CEO. According to a Sept. 27 press release, Bantle has more than two decades of experience at outdoor companies. He was most recently the general manager at VF Canada, and he previously held roles at The North Face, Black Diamond Equipment and Patagonia, the release said. Bantle will be based in Seattle and will report to Marc Miller, the CEO of Sparc Group. Sparc Group owns brands that include Brooks Brothers, Lucky Brand and Forever 21.

Daniel Lee joined Burberry as its chief creative officer on Oct. 3, the company announced in a release. Prior to Burberry, Lee was the creative director at the Italian luxury brand Bottega Veneta and before that was the director of ready-to-wear design at Celine. Lee will be based in London and will report to Jonathan Akeroyd, the CEO of Burberry. In the role, Lee will oversee all of Burberry’s collections and will present his first runway collection at London Fashion Week in February 2023, the retailer said.