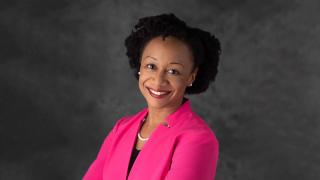 Khaldun will lead the strategy to advance health equity for patients, members, providers, customers and communities served across all lines of the CVS Health business, Drug Store News reported. She and her team will focus on delivering culturally competent care that is fully integrated into the design and development of clinical and population health programs, products, services, interactions and communications. Kahldun will report to Kyu Rhee, MD, MPP, senior vice president and Aetna chief medical officer.

Prior to joining CVS Health, Khaldun served as chief medical executive for the State of Michigan and chief deputy director for health in the Michigan Department of Health and Human Services, where she was responsible for public health and aging programs, Medicaid and behavioral health. She also led Michigan’s COVID-19 response before she was named to President Joe Biden’s COVID-19 Health Equity Task Force.

Jonathan Akeroyd has been named the new CEO of British fashion house Burberry.

Akeroyd has served as CEO of Gianni Versace SpA since 2016. He will take on his new role at Burberry on April 1, 2022. He will report to Chair Gerry Murphy and the board of directors at Burberry.

Akeroyd also previously served as CEO of Alexander McQueen from 2004 to 2016 and has held a number of senior fashion roles at Harrods, a London-based luxury department store.

Akeroyd succeeds current Burberry CEO Marco Gobbetti, who will be stepping down at the end of 2021. Murphy will chair the executive committee from this date until Akeroyd joins Burberry.

Bark, an omnichannel brand for dogs and the company behind BarkBox, has appointed three new leaders to its team.

Michael Novotny has been named president of Bark Eats. He has served as COO of Bark since 2019 and will work alongside co-founder Carly Strife in his new role.

Richardson joins the company with more than 20 years of experience in finance, business transformation, strategic planning and execution, capital allocation, investor relations, process improvement and technical accounting. She previously served as executive vice president and CFO of Neiman Marcus Group, where she played a key role in the retailer’s Chapter 11 restructuring and in refinancing their exit debt facilities. She was with the company for 15 years.

With Tailored Brands, she will serve on the executive committee with responsibility for enterprise analytics, strategy, real estate, risk management and loss prevention, as well as all aspects of the finance organization.

The hires come at a time when the company has undertaken several recent acquisitions, including a European delivery platform and U.K.-based Fancy. The company also recently raised $1 billion in a funding round, bringing the company’s most recent valuation to $15 billion.

Gopuff announced four other appointments as the company continues to shore up its leadership amid expansions and acquisitions, including: