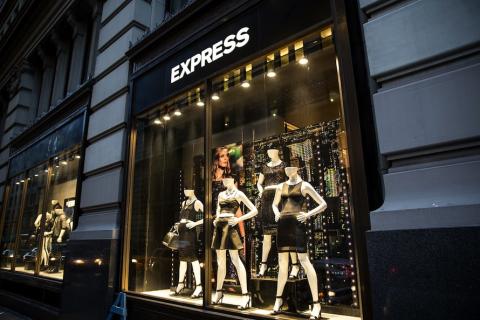 Judd joins fashion retailer Express from Big Lots, where he served as senior vice president, corporate finance and treasurer since October 2019. He has also previously served as CFO of Justice at Ascena Retail Group and held leadership roles at L Brands. He will report directly to CEO Tim Baxter.

"I am pleased to welcome Jason to Express, Inc. He is a seasoned, well-rounded and accomplished financial executive with a proven track record of delivering results,” Baxter said. “His experience across industries and companies, combined with his passion for retail makes him a terrific complement to our extraordinary leadership team, and I look forward to his contributions to our EXPRESSway Forward strategy.”

Etsy has made new additions to its leadership team, appointing Raina Moskowitz as COO and Kim Seymour as chief human resources officer.

Moskowitz has been with Etsy since 2018. In her expanded role as COO, she will further define Etsy's strategic direction and oversee global marketplace services. Moskowitz will oversee payments and fulfillment for Etsy, as well as continuing to oversee the company’s member services, trust & safety, strategy and operations and impact teams. Her appointment was effective March 22.

Seymour has more than two decades of experience building and scaling global teams, and she previously served as chief people officer of WW International since April 2019. Prior to that, she was at American Express from 2008 to 2018, most recently serving as senior vice president and HR business partner.

Founder Fred Smith, who currently serves as CEO, will step down from his role June 1. Subramaniam will serve as both CEO and president and Smith will become executive chairman. Subramaniam started with FedEx in 1991 and has served in various marketing and management jobs in Asia and the U.S. His most recent title with FedEx is COO and president. He will maintain his seat on the board of directors, which he was elected to in 2020.

In addition, FedEx named R. Brad Martin, chair of the board’s audit committee, as non-executive vice chairman of the board.