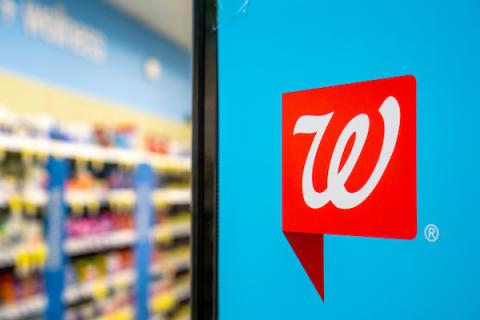 Gray comes to WBA from Blue Cross and Blue Shield of North Carolina, where she previously served as chief legal and administrative officer and corporate secretary since 2018. She has extensive experience in legal, policy and regulatory matters. In her new role with WBA, she will be responsible for supporting the company’s business strategy, goals and mitigating any legal barriers to achieving business objectives. She will also set WBA’s legal and compliance agenda.

Brown joins Walgreens in a newly-created position, in which she will be responsible for the Walgreens customer experience across all consumer touchpoints, and will help to create and execute key strategies that move the business forward in a complex and dynamic competitive landscape. She previously served as CEO of the American Diabetes Association, where she led a healthcare transformation and financial turnaround of the organization’s business. Prior to ADA, she served as senior vice president, operations and chief experience officer for Walmart/Sam’s Club.

Cindy Davis has stepped down from her role as chief brand officer of Bed, Bath & Beyond after only a little more than a year. Davis was also president of Decorist, the company’s online interior design service.

"On behalf of the entire company, we want to thank Cindy for her contributions to Bed Bath & Beyond,” Mark Tritton, president and CEO of Bed, Bath & Beyond, said in a statement. “We appreciate her hard work during her tenure of our early transformation, and we wish her nothing but the best in her future endeavors.”

Sam Archibald has been tapped to lead Macy’s apparel business as general manager.

Archibald was part of Macy’s executive development program before spending more than 10 years with Macy’s in a variety of roles. His new role is a return to Macy’s, after he served as president of retail and outlets in North America at Calvin Klein. He will report directly to Chief Merchandising Officer Nata Dvir.

The appointment comes as Macy’s has undertaken its “Polaris” strategy through the COVID-19 pandemic, with the intent to improve the retailer’s digital strategy, including an overhaul of its online presence.