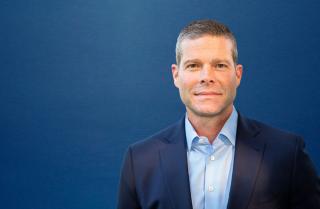 Rainey succeeds Brett Biggs, who currently serves as CFO and is stepping down from his role to pursue opportunities in the for-profit and nonprofit sectors. Biggs will remain in the CFO role until June 6 and will aid in the transition. He will serve as an advisor until Jan. 31, 2023. He will also serve as a board member on Walmart’s FinTech startup joint venture with Ribbit Capital.

Sink currently serves as senior vice president, retail finance at Lowe’s. He will succeed Dave Denton, who is stepping down to pursue another opportunity at a publicly traded company outside the industry. Denton will work with Sink and the leadership team for the transition.

Sink, who first joined Lowe’s in 2010 and has held a variety of roles across the company, has more than 20 years of finance and accounting experience. In his current role, he has been responsible for finance support for stores, merchandising, supply chain, digital and marketing at Lowe’s. Prior to joining Lowe’s, he held roles at Deloitte and Nucor Corporation.

Zappos Has a New CEO

Zappos.com has appointed Scott Schaefer as its new CEO. As CEO, Schaefer will oversee the company, which has more than 1,400 employees.

Schaefer has been with Zappos for nearly 14 years and has served as interim CEO since December 2021. Prior to serving as CEO, he was most recently vice president of finance. Before joining Zappos, he held several finance roles with Davenport Wealth Management and Ernst & Young.