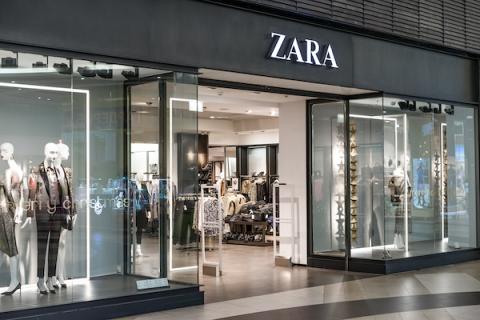 The parent company of apparel brand Zara, Inditex, has made two new executive appointments this week. Marta Ortega Perez was named as chairwoman, and Óscar García Maceiras was appointed as CEO.

Meceiras’ appointment as CEO is effective immediately. He previously served as secretary of the board and general counsel to the company. Perez will take the role of chairman on April 1, 2022.

Meceiras succeeds Pablo Isla, who served as CEO and deputy chairman from 2005 until 2011, when he was named executive chairman. Isla will remain executive chairman until March 31, 2022. Carlos Crespo has served as CEO of the group since July 2019. He has been appointed COO of Inditex, while Javier Monteoliva, currently head of legal of Inditex and deputy secretary of the board of directors, has been appointed general counsel and secretary of the board.

Ortega Pérez is the daughter of Amancio Ortega, who founded Zara and opened the first store in 1975 (the company would go on to become Inditex in 1985). Ortega Perez has worked with Inditex in different areas over the last 15 years and has led in the strengthening of Zara's brand image and fashion proposition, an area she will continue to oversee.

Acclaimed menswear designer Virgil Abloh has passed away after a battle with cancer. He was 41.

Abloh was founder and CEO of high-end apparel brand Off-White and also served as the first Black artistic director of Louis Vuitton.

"For over two years, Virgil valiantly battled a rare, aggressive form of cancer, cardiac angiosarcoma,” reads a post from his Instagram page. “He chose to endure his battle privately since his diagnosis in 2019, undergoing numerous challenging treatments, all while helming several significant institutions that span fashion, art and culture."

Parachute, a multi-category home company known for its linens, has appointed Drew Sheriff as its first-ever chief commercial officer. In his new role, Sheriff will lead planning, development and execution of strategic efforts around Parachute’s growing physical retail presence, and head the brand’s customer service, trade and home care operations.

Sheriff joins Parachute from Amazon, where he oversaw the company’s physical store operations and spearheaded the development and launch of omnichannel programs in physical retail, including store pickup options, new payment methods and digital price tags. He also served as an executive of Starbucks.

He joins Parachute as the lifestyle brand continues to branch out into new categories. Most recently, Parachute added a line of bed frames to its assortment in the first foray into the furniture category.