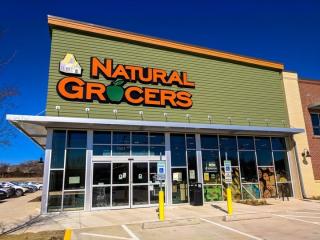 During an earnings call presentation, Natural Grocers says it is working toward a footprint of 1,100 stores across the United States.

Natural Grocers is leveraging dietary education and store experience into sustained sales and earnings growth on its way to 1,100 stores.

Natural Grocers by Vitamin Cottage Inc. reported an impressive third quarter, with a 9.5 percent net sales increase to $213.1 million, a 5.2 boost in same store sales, and a 233 percent net income surge to $2 million with diluted earnings per share of 9 cents.

During an earnings call presentation, Natural Grocers says it is working toward a footprint of 1,100 stores across the United States. It currently has 147 stores in 19 states.

“We are pleased with our third-quarter results, including continued strong sales momentum and improved operating margins that contributed to a tripling of earnings per share,” said Kemper Isely, co-president of the Lakewood, Colo.-based natural food retailer. “We continue to invest in our sales initiatives, including price and promotional investments, while seeing a moderating impact to gross margin, resulting in improved expense leverage. We remain confident with our growth and operating strategies and will continue to focus on driving sales and delivering improved profit performance.”

Natural Grocers is known for its small stores with education-focused employees to talk to shoppers about eating lifestyles and organic foods. The retailer also does a lot of in-store promotions focused on education and getting shoppers through the door.

Thanks to its continued solid results, the company is raising its fiscal 2018 outlook for daily average comps to 4.5 percent to 5.5 percent, and raising the low end of its fiscal 2018 diluted earnings-per-share outlook to 48 cents to 50 cents, among other changes to its guidance.