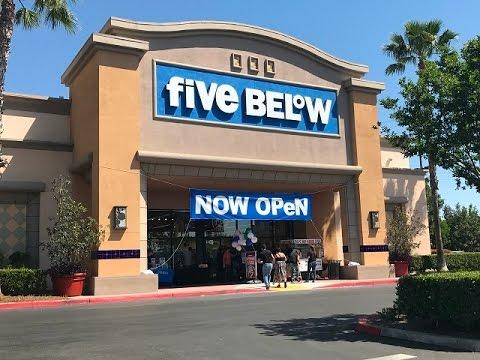 During a year in which the retail industry saw record store closings, value retailer Five Below bucked the trend with more than 100 store openings with even more on tap for next year.

Five Below, a sort of new age dollar store for teens, derives its name from merchandise priced at $5 or less. The company has been expanding rapidly for several years but outdid itself in the third quarter with a record 41 store openings. That capped off 2017 expansion plans which saw the company add 103 stores, compared to 80 the prior year, to end with a total of 625 locations.

“We continue to see great new store opportunities in shopping centers with solid traffic and well-known national co-tenants. I'm happy to report that the majority of next year stores already have leases in progress, and we are beginning working on locations for our 2019 class,” Anderson said after Five Below reported third quarter financial results which greatly exceeded the company’s and investor’s expectations.

“We are extremely pleased with our third quarter results that exceeded the high end of our sales, comp and earnings outlook. This quarterly performance reflects a strong customer response to our ‘WOW’ product, incredible price points, differentiated in-store experience and increasingly targeted marketing efforts,” Anderson said.

New stores typically account for more than 80% of Five Below’s annual growth and growing the store base remains the company’s highest priority, according to Anderson.

“Our new stores continued delivering strong performance across both new and existing markets in urban, suburban and semi-rural settings,” Anderson said. “The class of 2017 is generating very strong productivity, with average first year unit volumes that we believe are on track to exceed $2 million. That would make this our strongest class yet.”