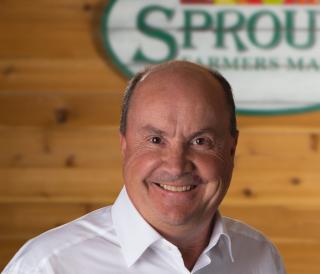 Jack Sinclair has been in his role as CEO of Sprouts Farmers Market since June 2019. Normally, that’s enough time for an incoming CEO to thoughtfully assess operations, make need adjustments to senior leadership and develop a go-forward strategy.

That's not been the case at Sprouts where Sinclair has been stingy with specifics about strategic initiatives. He hasn’t been sitting still, the company recently reported a solid fourth quarter performance to prove that, but yet there has been no big reveal of a three-year master plan or transformation roadmap with a clever code name, which is common for new CEOs.

Instead, there has been reference to opportunities, such as supply chain enhancements and development of a simplified, smaller store format. Sinclair has also dropped clues about other opportunities the company expects to pursue. For example, through early segmentation work, he said the retailer has a deeper understanding of the current and future customer at Sprouts and understands what is important to them. He's also described the potential for increased store expansion.

“We expect that store growth should accelerate beyond our historical 30 stores a year with a smaller box size that is less complicated and more profitable similar to many of our older Southern California stores which continue to produce above average profits,” Sinclair told analysts on the company’s fourth quarter earnings call. “We will plan to enter new markets with a greater concentration of new stores. All markets, both existing and new, will be supported by a more effective and efficient supply chain network, improving costs and guaranteeing freshness of products due to shorter distribution times.”

Supply chain issues are expected to be fixed soon, although Sinclair did not elaborate on how.

“Lastly, marketing will evolve to promote more brand awareness, so customers understand why they should shop with Sprouts,” Sinclair said, vowing to share a more detailed strategic vision during the company’s next earnings call.

“A new chapter is starting to take shape for Sprouts,” Sinclair said. “With the positive fourth quarter results behind us, the dynamic leadership in place and an inclusive team member culture, we are all even more energized for the work and challenges ahead.”

For another perspective on the situation facing Sprouts, check out Progressive Grocer’s take.