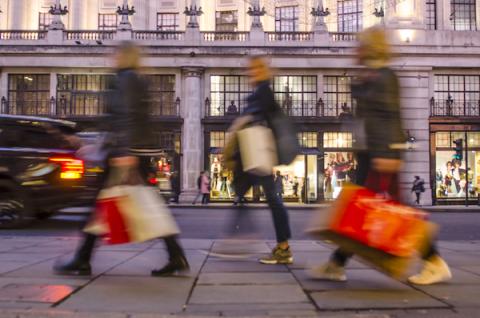 The “great uncertainty” that defined the beginning of the year has given way to an “unprecedented recovery,” according to the retail association.

“It has become clear that the U.S. economy and retail sales are growing far faster and more steadily than anyone could have expected just a few months ago,” NRF Chief Economist Jack Kleinhenz said. “We are seeing not just unprecedented growth from months of pent-up demand as the economy reopens but momentum as well.”

The statement comes after NRF raised its forecast for the rest of 2021, projecting retail sales will grow between 10.5% and 13.5% for the rest of 2021, reaching $4.44 trillion to $4.56 trillion. NRF updated its forecast in early June, after originally projecting just 6.5% to 8.2% growth in retail sales for the year. The new forecast also took into account a higher COVID-19 vaccination rate. As of July 6, 67.1% of U.S. adults have received at least one dose of a COVID-19 vaccine--just 3% short of President Joe Biden’s goal to reach a 70% vaccination rate by the July 4 holiday.

Strong shopping trends and rebounding consumer confidence pushed the NRF to increase its forecast. Retail sales during the first five months of 2021 were 17.6% above the same time period in 2021.

“Our initial forecast was made when there was still great uncertainty about consumer spending, vaccine distribution, virus infection rates and additional fiscal stimulus,” Kleinhenz said. “Since then, we have seen spending grow, vaccines have become available to virtually anyone who wants one, infections have fallen and additional stimulus in the form of the American Rescue Plan has been signed into law.”

In addition, NRF reported retail sales have grown year-over-year every month since June 2020. Plus, retail sales in May reached $388.6 billion--the second-highest level on record, with December 2020’s $414.7 billion in sales being No. 1. The association is also now predicting GDP will reach 7% for the year, marking the fastest growth since 7.2 percent in 1984 and far above the 4.4 to 5 percent forecast in February.

“As the pandemic illustrated so vividly in 2020, we should expect the unexpected,” Kleinhenz said. “But based on the data at hand, things are looking very good for the economy and consumers, and we think it was prudent to update our forecast given the brightening picture.”