Walmart is accelerating sales growth on the strength of key e-commerce initiatives such as Grocery Pickup, which the retailer has now expanded to 900 stores.

During the company's second quarter ended July 31, strong grocery sales -- especially online -- gave Walmart a lift. The retailer said it is now fulfilling online grocery orders from hundreds of stores with “strong results.” In fact, Walmart's Grocery Pickup offering has proved to be so popular that in some cities, such as Atlanta, shoppers have to join a waiting list in order to use the service.

An aggressive slew of e-commerce initiatives such as Grocery Pickup and a growing assortment of products on Walmart.com helped the retailer in boosting online transactions by 67 percent, the company said. Last quarter, e-commerce sales climbed 63 percent, compared with 29 percent growth in the prior quarter.

Part of Walmart's digital strategy has also included acquiring niche e-tailers. It bought online footwear shop Shoebuy.com at the end of 2016, and then bought Moosejaw, an upscale online outdoors apparel site, for $51 million in February. After paying an estimated $50 million to $75 million for Modcloth, Walmart purchased Bonobos, a New York-based site selling menswear, for $310 million in June. Recently Walmart has been rumored to be in talks over acquiring subscription box service Birchbox.

Last September, Walmart acquired Jet.com, bringing the website's founder, Marc Lore, to its team. Its e-commerce growth has been accelerating ever since, showing little sign of slowing.

“Marc Lore and the team delivered another quarter of robust top-line growth,” McMillon added. “The majority of this growth was organic through Walmart.com as customers are finding a broader assortment and more options to receive what they want at their convenience. They love not having to pay a membership fee to get Walmart’s free two-day shipping on millions of items. And, we’re seeing a nice increase in customers receiving discounts for picking-up non-store items at their local stores.”

Looking ahead, Walmart raised the low end of its earnings outlook for the full year, now forecasting profit ranging from $4.30 to $4.40 per share, adjusted. Previously, Walmart had said it expected to earn $4.20 to $4.40 a share. 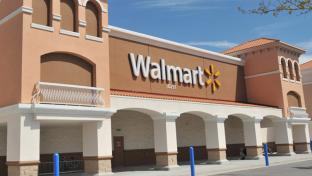 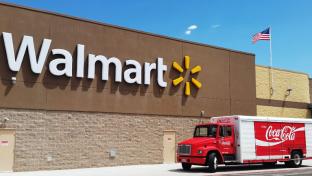 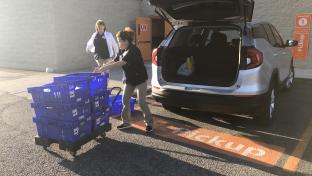 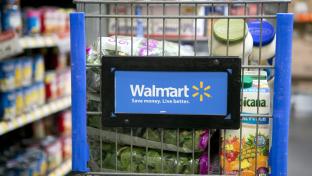 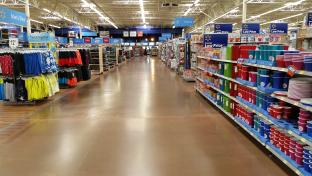 Retail News
It's full speed ahead for Walmart