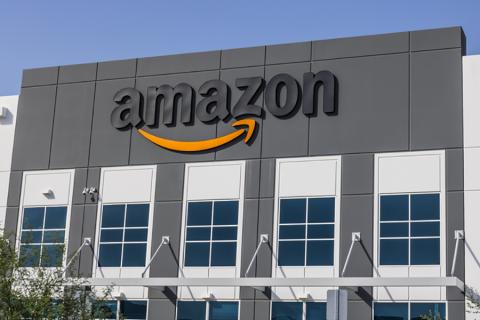 Logistics — along with anti-fraud efforts — promise to play larger roles in marketplace sales in the coming years.

Online marketplaces, including the one operated by Amazon, should verify seller information, according to the Retail Industry Leaders Association (RILA).

The call from the trade group came the day before members of Congress grilled CEOs of Amazon, Facebook, Google and Apple on Wednesday about anti-trust issues, online marketplace and their dominance.

The RILA supports proposed legislation called the INFORM Consumers Act, which was recently introduced today by Rep. Jan Schakowsky (D-Ill.) and would, according to the trade group, “require common-sense disclosures and accountability from big tech platforms like Amazon.com who increasingly sell products from third party sellers on their websites. The bill is designed to provide consumers with greater transparency by requiring online marketplaces to simply verify a seller’s information and for the seller to provide contact information to consumers.”

The bill also would hold marketplace operators liable for fraud from third-party sellers and give law enforcement new tools to help them deal with the trafficking of counterfeit goods on those marketplaces.

“Consumers continue to buy items online in record numbers, and that shift has exposed a growing and dangerous trend that must be dealt with immediately — the exponential growth of stolen and counterfeit goods sold through online marketplaces,” said RILA Senior Executive Vice President for Public Affairs Michael Hanson "The INFORM Consumers Act provides a measured response to this problem by requiring online marketplaces to verify information about the sellers on their platform.”

Walgreens also has come in out in favor the bill.

“The lack of transparency and accountability in today’s digital marketplaces has contributed to the rapid rise of organized retail crime, which has become one of the top challenges facing the retail industry today. Walgreens strongly supports Congresswoman Schakowsky’s INFORM Consumers Act, which complements the bipartisan Senate bill introduced earlier this year to require online marketplaces to verify high-volume sellers, remove incentives for retail theft and help make our communities safer,” the retail chain said. “Now, more than ever, consumers deserve to know who they are buying products from online, in order to make safe and informed purchasing decisions for themselves and their families.”

Enacting such a law could impact Amazon especially hard, given the size of its marketplace — and, as Amazon has recently said, its growing importance to small- and medium-size businesses. In an announcement made in the run-up to this week’s scheduled Congressional hearings — and as word spread about the INFORM Consumers Act — Amazon said that small- and medium-sized merchants in the United States sold more than 3.4 billion products on Amazon in the 12 months ending May 31, a 26% increase from the previous year. Those SMB sellers, on average, had sales of about $160,000, up from $100,000 in the previous year, an increase of 60%.

Amazon has also taken recent action designed to show that it will and can crack-down on marketplace counterfeiters. The e-commerce operator filed a lawsuit against a marketplace seller accused of peddling fake Valentino Garavani Rockstud shoes. This lawsuit has Amazon and the Italy-based Valentino luxury apparel and footwear brand suing Buffalo, New York-based shoe retailer Kaitlyn Pan Group LLC and New York resident Hao Pan for violating intellectual property rights via those alleged sales on the Amazon Marketplace.

“Amazon strictly prohibits counterfeit products and, in 2019 alone, invested more than $500 million and had more than 8,000 employees protecting its store from fraud and abuse, including counterfeiting and IP infringing products,” the company said when filing that lawsuit.

Amazon easily leads the U.S. online marketplace pack. Some $200 billion worth of goods moved through the Amazon marketplace in 2019.

More is needed to ensure growth for all marketplaces in the U.S., according to the RILA.

“The continued anonymity and unregulated environment in which these platforms operate have made them a stage to sell products that would never be allowed on a store shelf,” said Hanson. “Stolen goods, expired and defective products, products made with unsafe levels of chemical substances, and products that do not meet U.S. quality and safety standards are often deceptively marketed and sold though these platforms.”