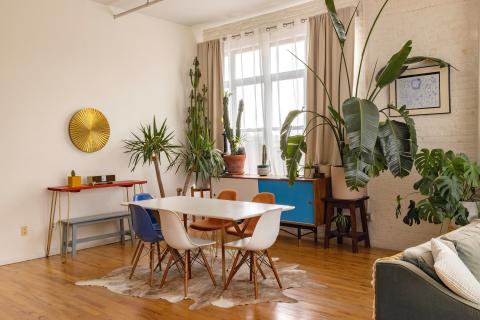 Kaiyo, a full-service marketplace for gently used furniture, has launched in California. With this expansion, Kaiyo offers the greater Los Angeles area the ability to buy and sell its used pieces from popular brands through its online marketplace.

Expanding to the West Coast is the next phase in Kaiyo's national growth plans and comes on the heels of success throughout the Northeast, including in New York, Philadelphia, Baltimore and Washington, D.C., according to a news release.

Kaiyo's West Coast expansion includes service to Los Angeles and surrounding areas, including Beverly Hills, Venice and Santa Monica. Beginning July 12, buyers can shop Kaiyo’s assortment, which includes pieces from well-known names such as Restoration Hardware, Design Within Reach, West Elm, Room & Board and CB2, for up to 90% off.

Kaiyo offers white-glove delivery starting at $19, with pieces arriving in a couple of weeks. Kaiyo will also allow buyers to pick up online orders from its new 78,418 square-foot warehouse in Chino, California. Like apparel resale company ThredUp, Kaiyo will professionally clean, photograph and securely store items in addition to handling delivery to buyers, for free. Kaiyo also provides sellers with an Instant Offer immediately after their pickup appointment, a new feature that allows them to cash out without waiting for their item to sell.

"Furniture is one of the largest waste categories in the U.S., meaning millions of pounds of furniture ends up in landfills each year,” said Alpay Koralturk, founder and CEO of Kaiyo, in the release. “As a company rooted in sustainability, we believe that's unacceptable, which is why this expansion means so much to us. Since launching, we have successfully kept more than three million pounds of furniture out of landfills, and with our West Coast launch, we look forward to accelerating that number.”

Most recently, Kaiyo raised $36 million in Series B bringing Kaiyo's funding to nearly $50 million. The company also has plans for continued geographic expansion. By growing to new markets and making it fast and convenient to buy or sell furniture, Kaiyo hopes to encourage greater participation in the circular economy, according to the release.