The idea behind Panera's new effort, the foodservice provider said, is to give consumers something they can do to combat climate change.

The pandemic isn’t the only thing on consumers’ minds. Shoppers — and foodservice customers — increasingly care about climate change, and now Panera Bread is touting itself as the first national restaurant company to label climate-friendly "Cool Food Meals" on its menu.

In collaboration with the Washington, D.C.-based World Resources Institute (WRI), Panera is labeling as climate-friendly more than half of its entrees, including the Chipotle Chicken Avocado Melt, 10 Vegetable Soup, Fuji Apple Chicken Salad and Broccoli Cheddar Soup.

Six in 10 Americans said that they've seen impacts from climate change in their own communities, according to a July report from the Pew Research Center. Further, according to figures via Panera, some 25% of greenhouse gases are created from food production.

The idea behind this new effort, the St. Louis-based foodservice provider said, is to give consumers something they can do to combat climate change.

As Panera explains, it, just like recommended calories per day, WRI has established a maximum recommended daily carbon footprint for a person's diet, which is 38% smaller than the current average. This is in line with what WRI research finds is needed by 2030 to help mitigate the worst impacts of climate change.

"At Panera, we are passionate about keeping the customer at the heart of everything we do, and that includes giving our guests choices to lower their impact on climate change through the food they eat in our bakery-cafes,” said Panera CEO Niren Chaudhary. “With 55% of Panera entrees certified as Cool Food Meals, our guests have many options for delicious food with a lower carbon footprint, from salads to soups to sandwiches. Understanding the impact of what we eat on the environment is one way we can all take a small step toward combating climate change — so as a food company, we feel a strong responsibility to share this information and empower our guests to help make a difference.”

In general, plant-based foods have a lower impact on the environment than meals with meat and dairy ingredients, Panera explained. What also matters is the amount of these foods on the plate. If, each year, every person in the United States swapped in just 10 Chipotle Chicken Avocado Melt sandwiches with chips for 10 quarter-pound burgers with fries, it would reduce emissions by 77 million metric tons of carbon dioxide equivalent. This is equivalent to taking more than 16 million passenger vehicles off the road for a year, according to the company.

"By labeling Cool Food Meal menu items, we hope to educate our guests on sustainable options and help them understand the correlation between their meals and the climate," said Sara Burnett, VP of food values, sustainability and public affairs at Panera. "While many consumers are more aware of solutions such as driving less and recycling – the impact of your plate is real and just as important." 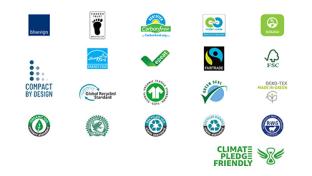 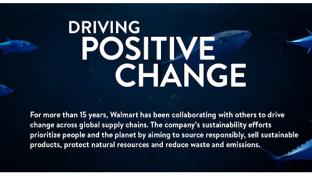 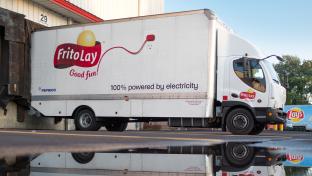