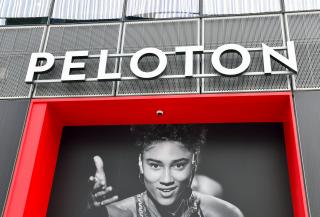 Peloton on Thursday announced it would lay off 500 corporate workers — roughly 12% of its remaining staff — as the fitness retailer continues to implement changes it hopes will reinvigorate its struggling brand.

Peloton CEO Barry McCarthy said that he was giving the company six more months to make a turnaround before he determines whether the retailer is capable of standing on its own as a company, according to the Wall Street Journal, which first reported the layoffs.

McCarthy told CNBC that he expected the company’s restructuring to be finished after these layoffs, and he told WSJ that the company would now focus on growing the business to a sustainable model.

In one round of layoffs earlier this year, Peloton cut about 20% of its corporate workforce when it eliminated some 2,800 positions. McCarthy, who previously served as CFO at Spotify, joined the company earlier this year. He replaced John Foley, Peloton’s co-founder who at the time transitioned to an executive chairman position at the company. Foley exited the company entirely in September.

While the company boomed at the height of the COVID-19 pandemic when people were searching for at-home workout alternatives, the company struggled to maintain momentum and has this year faltered. Its stock has fallen about 76% over the course of 2022, CNBC noted. The company recently unveiled the Peloton Row, adding the rowing machine to its equipment fleet. The fitness retailer also last month settled a lawsuit with lululemon, agreeing to “phase out” certain designs on its women’s clothing line.

As part of McCarthy’s strategy to bring the company toward profitability, Peloton has this year pivoted from its direct-to-consumer (DTC)-only model, first offering some of its products for sale on Amazon. It recently announced a partnership with Dick’s Sporting Goods to sell its bikes, treadmills and other products, Retail Leader previously reported.

Peloton also this week announced that its bikes would appear in all Hilton hotels, which include 18 brands such as Canopy, DoubleTree, Hampton and Waldorf Astoria. All Hilton hotels will by the end of this year feature at least one Peloton bike in their fitness center, according to a release. Members of the Hilton Honors rewards program will also get a 90-day trial of the Peloton app as part of the partnership.