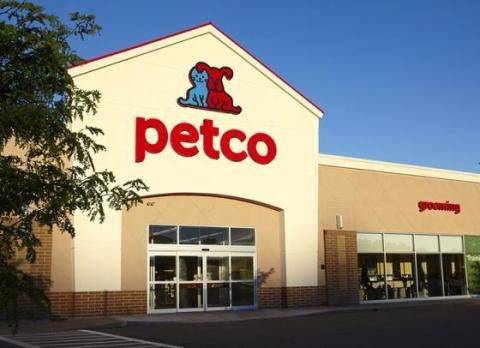 Petco has lately been making a fair amount of retail news.

Petco seems to be headed toward another initial public offering.

The retail chain said that it has confidentially submitted a draft Registration Statement on Form S-1 to the U.S. Securities and Exchange Commission relating to the proposed public offering of its common stock. The number of shares to be offered and the price range for the proposed offering haven't yet been determined. The initial public offering is expected to take place after the SEC completes its review process, subject to market and other conditions.

Petco went public in 1994, and then was taken private in 2000 when TPG and Leonard Green bought the pet supplies merchant for some $600 million. In 2002, Petco again went public before, about four years later, it went private once more. The company is now owed by CVC Capital Partners and CPP Investment Board.

No other details were immediately available.

Petco has lately been making a fair amount of retail news. For instance, last month — in a reflection of larger retail trends — the chain said it had launched a subscription wellness service for pets. The new service is called the Vital Care Wellness Program. According to the San Diego-based retailer, it’s a paid annual plan providing pet parents with a convenient, affordable way to meet their pets' routine wellness needs.

Additionally, Petco keeps expanding other retail health options for pet owners. It recently opened its 100th in-store veterinary hospital, this one located in Encinitas, California. According to the retailer, the hospital opening serves as a significant milestone on Petco's rapid veterinary-expansion journey, given the increased need for accessible and affordable veterinary care.

Also in October, Petco said it would expand its private-brand assortment.

Meanwhile, consumers have increased their spending on pet products during the pandemic, at least according to some financials, as other retailers increase their focus on pet retail.