Gathered Foods, makers of the Good Catch brand of plant-based seafood products, said Woody Harrelson, Shailene Woodley, Paris Hilton and Lance Bass are now investors in the company. The value of their investments was not disclosed, but celebrity endorsements of brands and companies can have an impact beyond monetary considerations when their high profile advocacy is involved.

"I've been living a vegan lifestyle for over 30 years. My diet has been driven by the love I have for the environment," actor Woody Harrelson said in press release announcing the investment. "I have known (Gathered Foods co-founder) Chad Sarno for years and am a huge fan of the culinary work Chad and his brother Derek are driving in the market. I'm excited to work with a food brand like Good Catch that leads with taste and aligns with my personal beliefs of making a difference for the animals and our planet."

Actress Woodley, describing herself as an advocate for conservation, the planet and oceans, said she works with organizations around the world to help combat climate change and protect oceans from pollution.

“That's why aligning with Good Catch feels like a natural extension of my continued work," Woodley said. "They are a like-minded brand that is doing their part to have a positive impact on our oceans and our planet, all while creating delicious plant-based seafood alternatives. I'm excited to see what innovative products they come up with next."

Woodley isn’t alone in that view as Gathered Foods has also attracted interest from other investors and major CPG brands. In January, the company received net proceeds of $32 million from an investment round that included Greenleaf Foods and 301 INC., the venture arm of General Mills. Plans called for the investment to be used for significant expansion in distribution across North America, Europe and into Asia, the opening of a manufacturing facility and new product and food service channel launches.

In March, Gathered Foods entered into a joint distribution agreement with Bumble Bee foods and appointed president and CEO Jan Tharp to its board.

Good Catch’s initial products are made from a proprietary six-legume blend (peas, chickpeas, lentils, soy, fava beans and navy beans), utilized as a base with added flavor coming from seaweed and algae extracts. 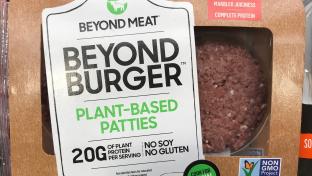 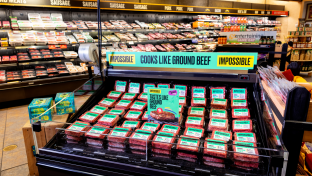