Remodeling and the Bottom Line

Remodeling and the Bottom Line

Faced with slim margins and an extremely competitive landscape, retailers are constantly looking for ways to differentiate themselves. Many are turning to store remodels to enhance the shopping experience and increase trip frequency.

When evaluating the potential return on investment in a store redesign or remodel, there are key elements that can affect the impact on your bottom line.

Tim Morrison, studio principal of the supermarkets studio at Little, a diversified architectural consultancy, says all supermarkets have four main areas of remodeling expenditures outside of internal and external design efforts: equipment, lighting, flooring and décor.

While focusing on these elements in remodeling provides the most bang for your remodeling buck, some experts recommend starting small and evaluating your ROI, one step at a time.

Jeff Campbell, vice president at Applied Predictive Technologies and leader of their whole grocery retail vertical team, says that the best way for grocers and other CPG retailers to measure the ROI of remodeling is by implementing it in a small subset of stores prior to broad rollout.

"It is not enough to ask: 'Are we making more money in stores that we remodeled?' Answering the other side of that question–'If we had not remodeled these stores, how much money would we be making?'–is just as important for understanding the success of a remodel program," Campbell says. "Retailers who use ideas such as, 'Let's remodel our stores every 10 years,' may end up spending a lot of hard-earned profits without driving incremental sales. Instead, the optimal remodel cadence likely varies by store, and a 'test and learn approach' helps leading retailers understand the correct cadence on a store-by-store basis."

By comparing remodeled "test" stores to similar "control" stores without renovation, grocers can be confident that any performance difference between test and control stores can be attributed to the remodeling.

"Through this 'test and learn process,' grocers are able to answer critical questions about the impact of any remodel/redesign program," Campbell says.

"While customer surveys, focus groups and observational studies may provide some hypotheses about the effect of a remodel, ultimately consumers will vote with their wallets," Campbell says. By empirically testing remodel programs, grocers can understand the true cause-and-effect impact of each element of the program.

In addition, if renovations are implemented across stores with some variation of the program components (e.g., does the remodeling include new signage? new fixtures? new lighting? expansion of different departments?), grocers can use the test versus control method to understand how each store responds to different actions.

"This nuanced understanding of the true impact of a remodel program enables executives to tailor broader rollout across the rest of the network by picking the most impactful elements and targeting rollout only to stores predicted to respond profitably," Campbell says.

Daniel Montaño, studio principal of the brand experience studio at Little, says that it is key to focus on areas that most affect the customer experience: customer-facing areas and communication, signage and wayfinding.

"We focus on eye-level information and areas of high interaction, as well as moments of pause, queuing or decision making, believing that maximum ROI results from attention to high-impact areas," Montaño says.

Drawing on the experiences of other retailers–either large or small–can have an impact on your ROI. In some cases it may be learning from others what not to do. And in other cases, identifying the key remodeling elements that are proving beneficial can be paramount.

That said, Bona says that lessons can always be learned from both large and small retailers, but it's important to understand that you can't copy your way to success.

"I often suggest retailers go outside their specific channel or category to see what other retailers in other channels do," Bona says. "When staying within your own industry, you tend to end up with similar layouts, similar categories and similar formats–making it that much more challenging to identify unique areas of differentiation."

Landon Phillips, director of client services at IPMS, a retail store marketing and consulting service firm, recommends retailers reach out within the network of stores within their distributor network, especially to stores outside of a five- to 10-mile radius.

"Similar, but non-competing stores are usually the best bet for finding out some good comparables for ROI," Phillips says. "They should be comfortable answering questions about sales lift post-renovation–at least on a percentage basis–and approximate renovation costs. A great question to ask would be to inquire about the impact to sales during the renovation, especially if the store will remain open. It's important to figure in the lost sales due to customer dissatisfaction during the remodel."

In a recovering economy, evaluating the degree of renovation and remodeling is key. A partial remodel may be all some retailers can afford. For others, a complete overhaul may be more appealing.

To maximize the investment and improve awareness of the remodel, Montaño often recommends remodeling one or two simple storewide elements with a focus on a single area or department.

"A single department transformation can make a big impact," Morrison says. "Wine and beer departments and specialty foods greatly benefit from a store-in-store concept. It is more immersive and delightful, so it improves sales."

For example, Harris Teeter, a grocery chain with stores in North Carolina, South Carolina, Virginia, Georgia, Tennessee, Florida, Maryland and Delaware, recently repositioned its beer and wine area. "We relocated it to a more central position–a 'pavilion' within the store–and added staffed wine tastings and consultation," Montaño says. The result was a 17 percent boost in year-over-year sales for the same category, he says. The repositioned beer and wine area became a customer magnet, driving repeat traffic.

What about incorporating enhanced information technology elements into a remodel? Experts agree that evaluating the ROI of modifying and updating the technological components in your store can be challenging, especially considering how fast technology evolves. But information is king.

"The more you know about your customers, the better able you are in servicing their needs and wishes," Bona says. "Technology will continue to move at the speed of thought, so waiting to get in the game is not an option. Simple apps, social media and in-store digital displays are all easy points of entry that should be explored."

Although it may sound simple, making sure customers know that you have improved your store can also enhance your remodeling ROI potential.

"This starts from the street by creating curb appeal," Bona says. "Making wholesale changes on the inside and not doing anything on the outside won't guarantee customers cross the threshold and walk into the store."

Likewise, if retailers make a promise on the outside, they should come through on the inside.

"Faking customers into believing that something new and improved has taken place will only lead to disappointment and further erode confidence in your brand," Bona says. "The point is: do enough to make a meaningful change in layout and key categories, then communicate it through design inside and out."

Maura Keller is a Minneapolis-based freelance writer, editor and author. She is a frequent contributor to publications that focus on the retail industry. 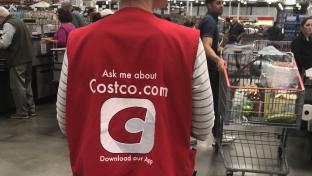 Technology and Innovation
What it takes to win in e-grocery 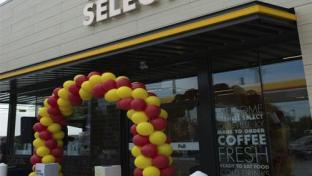 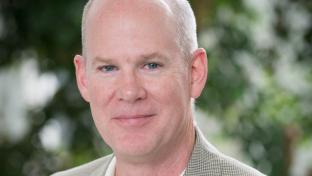 Technology and Innovation
The 2019 Outlook for Retail Tech Innovation