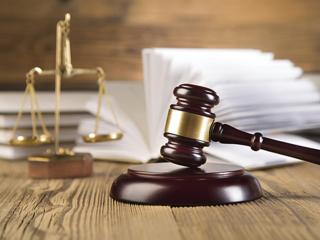 Retail trade associations have filed a joint amicus brief in a case now before the U.S. Supreme Court on the legality of American Express rules that bar retailers from offering benefits such as discounts to consumers for using cards with lower fees, or even educating consumers about those fees.

Previously Amex, Visa and MasterCard all had rules prohibiting merchants from encouraging customers to use lower-fee credit cards. Visa and MasterCard dropped their restrictions as a result of a 2010 settlement with the Justice Department. Amex declined to do so, and was sued by DOJ, as well as 11 states.

In February 2015, U.S. District Court judge ruled that the Amex rules violated federal antitrust law and enjoined them, but Amex appealed and a three-judge panel of the 2nd Circuit ruled in the credit card company’s favor. The 11 states then petitioned the U.S. Supreme Court to re-consider the lower court’s decision. In October 2017, SCOTUS agreed to hear the merits of the case.

“Marketplace competition is the hallmark of the retail industry,” said Deborah White, senior EVP and general counsel for Arlington, Va.-based RILA, and president of the RLC. “Unfortunately, it is largely absent from the credit card market, where fees continue to skyrocket. These fees — forcibly hidden from the consumer by credit card companies — are among the highest costs of doing business for America's retailers. Retailers should have the right to offer consumers benefits for using cards with lower fees.”

“Transparency is a vital first step toward bringing credit card swipe fees under control,” noted Stephanie Martz, SVP and general counsel of the Washington, D.C.-based NRF. “These rules amount to a gag order on retailers educating their customers about the high cost of credit card fees or encouraging them to use cards that carry lower fees. As long as rules like these are allowed to remain in place, credit card fees will continue to drive up costs for retailers and the prices paid by consumers.”

Moreover, the case has important ramifications for the grocery sector, where cashless payment methods have been steadily rising in popularity among consumers.

“Our argument urges for competition and transparency in the credit card market,” observed Jennifer Hatcher, chief public policy officer and SVP of government relations at Arlington-based FMI. “For the first time, food retailers will be able to have a conversation with their customers about card fees and find new, creative ways to contain cost when previously we had no ability to do so.”

“The lack of competition in the payment card industry, where interchange fees and operating rules continue to hamper merchants’ ability to steer consumers to a lower cost of acceptance, continues to harm the supermarket industry,” pointed out Greg Ferrara, SVP of government relations and public affairs for the Arlington-based NGA. “Amex’s refusal to allow merchants to make its fees transparent to consumers and encourage them to use a lower fee card or other form of payment runs counter to free-market principles. Consumers would benefit from increased competition and allowing merchants to offer incentives to use cards with a lower cost of acceptance.”

Drafted by Mark Stancil, Matthew Madden and Hunter Smith, of Washington-based law firm Robbins, Russell, Englert, Orseck, Untereiner, & Sauber LLP, the amicus brief lays out the effect that Amex’s anti-steering rules have both on consumers and retailers: “Amex’s so-called Non-Discrimination Provisions (NDPs) … actually restrain competition among card networks, cause merchants to pay them higher fees, and lead to increased prices for all consumers whether they pay by card, cash, check or using government benefits.”

The groups further contend in the brief that Amex’s restraint of trade resulted in price distortions that prevented competition, leading to dramatically raised prices for merchants and consumers, barriers to market entry, and stifled innovation, and that Amex’s conduct warps the competitive process.