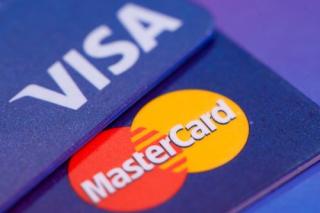 Two of the largest retail industry groups are jumping into a decade-long lawsuit challenging fees tied to credit card transactions, seeking rights to represent their own interests and the interests of their members in changing rules that require retailers to pay those fees.

The Retail Industry Leaders Association and the National Retail Federation have asked the U.S. District Court of the Eastern District of New York to intervene on the class action classification of the lawsuit, aiming to join the litigation in order to oppose the “scope” of the class named by court-appointed counsel.

At issue are the high swipe fees for certain Visa and Mastercard credit cards that saddle retailers. However, Honor All Cards rules dictate that merchants must accept all varieties of credit cards under a brand, even if they come with high fees and rewards programs. NRF and RILA are seeking changes to the rules as well as default interchange rules. Interchange fees are paid by merchants to financial institutions for accepting credit card payments.

“Because Merchant Trade Groups—non-profit associations—incur costs due to interchange fees, and such fees are often the largest expense after payroll for U.S. retailers, Merchant Trade Groups have closely monitored this longstanding action and, where necessary, weighed in,” the groups’ motion reads.

The classification of the case, which was brought by seven small merchants, potentially represents tens of millions of merchants that accept Mastercard and/or Visa. According to RILA and NRF, that’s too broad.

“The proposed class is entirely too broad and in effect would prohibit retailers from pursing their own grievances against card networks,” said Deborah White, RILA senior executive vice president and general counsel. “Interchange fees are a significant expense for RILA and are often the largest expense after payroll for other U.S. retailers. Binding all retailers to the litigation strategy and settlement terms acceptable to such a small group of non-representative plaintiffs is patently unfair.”

In its complaint, NRF and RILA want to represent their own interests as merchants who accept credit cards as well as those merchants not yet part of the lawsuit that would be excluded from participating if the class as proposed is certified. The two industry groups represent a combined 100,000 store locations from its members, accounting for $1.5 trillion in annual retail sales and millions of American jobs.

The organizations have previously spoken up over the issue, voicing opposition to a settlement over swipe fees in 2014 that they argued would do nothing to bring down fees in the long run. The settlement was overturned by an appeals court and made its way to the Supreme Court, where NRF and RILA asked the highest court to let the appeal decision stand.

“This issue has been in the courts for more than a decade, but the case was brought by a small group of merchants who do not speak for the industry as a whole,” NRF Chief Administrative Officer and General Counsel Stephanie Martz said in a statement. “It is essential that the two major retail associations be allowed to participate to ensure that the views of the majority of merchants are represented. Bringing transparency and competition to the way swipe fees are set is essential, but this matter affects the entire industry, and the entire industry should have a voice.”