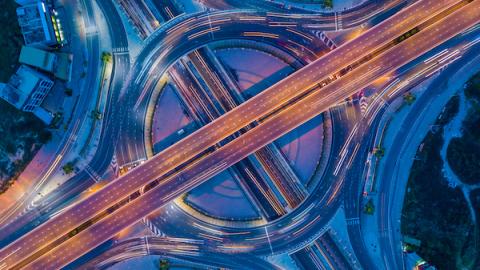 Together the groups have launched the Coalition for Bipartisan Infrastructure Investment. The Coalition applauded the bipartisan group of 22 senators and the Biden administration on reaching agreement on a $1.2 trillion infrastructure framework. Biden recently announced he found middleground with Senators on both sides of the aisle for a major infrastructure plan.

Nearly every aspect of the retail industry is influenced by quality infrastructure, including imports/exports, transportation, stocking goods and supplies and ultimately getting products into the hands of consumers. Poor infrastructure also negatively impacts consumers’ wallets, hurting retailers.

“Infrastructure modernization is a critical component of long-term economic growth and improved quality of life for every American,” the Coalition stated. “Our organizations commend the bipartisan group of 22 senators and the Biden administration on finding common ground and reaching agreement on a historic $1.2 trillion infrastructure framework. Momentum is building, as seen by the endorsement of the framework from the Problem Solvers Caucus.”

The Coalition also includes AFL-CIO, Business Roundtable, the National Association of Manufacturers, the Bipartisan Policy Center, North America’s Building Trades Unions, and more than 20 business and labor organizations. The group urged the lawmakers to approve a bill to get the investments off the ground.

“Now is the time to turn these promises into projects,” they wrote. “We urge Congress to turn this framework into legislation that will be signed into law, and our organizations are committed to helping see this cross the finish line. Enacting significant infrastructure legislation, including investments in our roads, bridges, ports, airports, transit, rail, water and energy infrastructure, access to broadband, and more, is critical to our nation and will create middle-class family sustaining jobs.”

The infrastructure plan was a campaign promise of Biden. However, he ran into some partisan opposition when his original framework, The American Jobs Plan, was announced earlier this year. That plan, which rang in at $2.3 trillion, also included a number of new areas beyond typical infrastructure thinking--investments in home health care, child care, broadband and other critical services that aren’t nationalized in the U.S. Biden’s opponents took aim at these extra services, and the new deal he has struck with bipartisan lawmakers likely won’t contain them in the final package. Instead, Biden may ask Democrats to create a second bill to fund these additional infrastructure services. 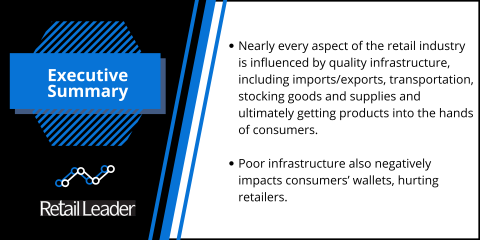 The retail industry has been vocal as the potential bill package moves forward--though no bill has arrived in Congress yet. Retail groups, including NRF, support user fees as a means to fund the infrastructure investments, while Biden’s plan relied on several funding methods that included raising corporate taxes. The retail industry has pushed back against higher tax rates.

The industry has a lot to gain from national infrastructure investments, particularly at a time when cargo imports have reached an all-time high while supply chain constraints are causing massive backups and shortages accelerated by the COVID-19 pandemic.

Infrastructure is typically a bipartisan issue, and there is optimism across industries that a bill will be approved this year.

“Don’t let partisan differences get in the way of action--pass significant, meaningful infrastructure legislation now,” the Coalition urged lawmakers and the president.