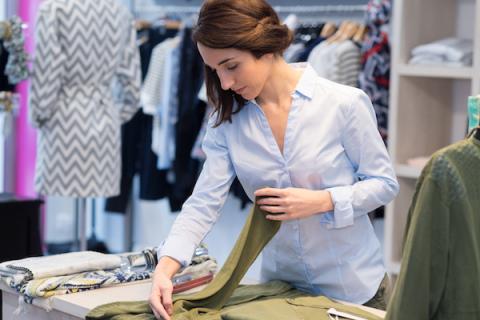 Retail trade added 67,000 jobs in June, according to the latest figures from the Bureau of Labor Statistics. However, the industry is still 303,000 jobs, or 1.9%, below February 2020 levels.

The June figures are the most positive jobs gains in months--and good news for retailers who have struggled to fill open positions. In April, there were a whopping 965,000 job openings in the retail trade, according to BLS. That’s compared to 446,000 openings from a year prior.

While the number of new jobs is a positive sign for the retail industry, the space may never fully recover--or look the same--after the pandemic, according to President Biden’s Commerce Secretary Gina Raimondo.

To entice employees back to retail stores that have reopened, many employers are offering signing bonuses as well as higher wages. Nearly 20% of all jobs posted on ZipRecruiter in June offered a signing bonus, The Wall Street Journal reported. That’s up from 2% of jobs that offered the same in March. Bonuses are across industries, ranging from $500 and above for roles at Burger King, pest control, Amazon warehouses and more.

Retailers are increasingly offering these types of bonuses, which may be favorable to employers that can offer them as one-time incentives versus raising wages or increasing benefits in the long term. However, wages are up, too. Average hourly wages were up 8.6% in June compared to February 2020, WSJ reported.

Retailers are also facing a slew of employees who are quitting--or plan to quit, meaning cash bonuses may not be enough to keep workers. For example, 650,000 retail workers put in their notice they were leaving their roles in April. That’s the biggest exodus of retail workers in one month since the Department of Labor began tracking industry data more than 20 years ago.

That factor may also lead to higher wages beyond one-time signing bonuses.