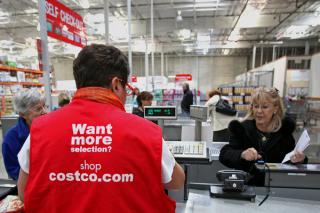 “This was one of the strongest gains we’ve seen all year,” NRF Chief Economist Jack Kleinhenz said. “You expect employment to be up during the holiday season and retailers are expecting strong holiday sales with related job growth, but overall growth in the economy has to be recognized here as well. We’re also seeing new jobs in other sectors of the economy, particularly industrial, and that means more demand for retail goods and a need for more retail workers.”

The November increase compares with a monthly loss of 10,300 jobs in October, although that figure came after a monthly increase of 10,600 jobs in September. The three-month moving average in November showed an increase of 4,400 jobs.

With the numbers from November now in, retailers’ annual hiring of temporary holiday workers is on track to reach the high end of NRF’s forecast of between 500,000 and 550,000 positions. NRF forecasts that this year’s holiday sales will grow between 3.6 and 4 percent.

Employment increased in most retail sectors during November but there were decreases in electronics and appliances stores, clothing and clothing accessories stores, and non-store sales, which includes online sales.

Kleinhenz noted that retail job numbers reported by the Labor Department do not provide an accurate picture of the industry because they count only employees who work in stores while excluding retail workers in other parts of the business such as corporate headquarters, distribution centers, call centers and innovation labs. Warehouse and storage employment, for example, was up by 8,100 jobs in November but the positions do not count as retail jobs even if the workers are employed by retailers.

Retail is the nation’s largest private-sector employer, supporting one in four U.S. jobs – 42 million working Americans. Contributing $2.6 trillion to annual GDP, retail is a daily barometer for the nation’s economy.