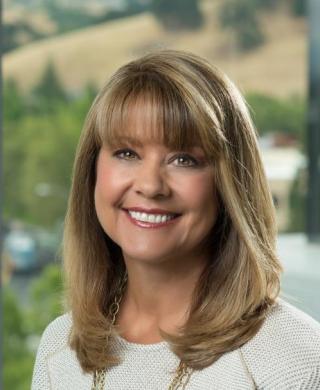 Former Safeway executive Larree Renda has joined the board of directors of Ross Stores.

Longtime Safeway executive Larree Renda and former chief marketing officer at The Home Depot, Patricia Mueller, have joined the board of Ross Stores. Renda spent 40 years at Safeway, joining the company in 1974 and holding a variety of roles, including that of executive vice president prior to retirement. She also serves on the board of Casey’s General Stores. Mueller most recently served as chief marketing officer and senior vice president at The Home Depot. She also held roles at The Sports Authority, American Signature and the ShopNBC television network.

Philip Morris named Silke Muenster to the newly created role of chief diversity officer, reporting directly to CEO André Calantzopoulos. Muenster previously served as vice president of market research and will be based in Lausanne Switzerland. Philip Morris has a goal to increase the representation of women in management roles across the organization to 40% by 2022. Currently, women account for 36% of management roles at the company, an increase of six percentage points since the end of 2014.

One of the nation’s leading experts on cannabis banking laws and the regulatory complexities of the hemp/CBD world, Katrina Skinner, was named a partner in the Cannabis Business & Law Advisory Group at the law firm of Burns and Levinson. Skinner was previously president and general counsel at Safe Harbor Services, a banking services firm for cannabis companies.

Dunkin' Brands named Gagan Sinha vice president of IT store systems. He will have responsibility for all aspects of in-store technology for Dunkin’ and Baskin-Robbins, including next-generation design restaurants that include digital drive-thru menu boards, order confirmation boards, kiosks and other new and emerging technologies the company said will be implemented in the coming years. He previously served as senior director of store systems and will report to Dunkin’ CIO Jack Clare.

Whitney MacMillan, the former chairman and CEO of Cargill, has died at the age of 90. MacMillan spent 44 years with Cargill, including serving as chairman and CEO from 1976 until his retirement in 1995. As chairman, he was the last member of the owning MacMillan and Cargill families to serve directly as a senior executive operational manager of the global firm.

"He was an astute businessman and visionary strategist, who provided a critical bridge between the owning families and the company,” said William Pearce, former Cargill vice chairman. “His job was to maintain the unique commitment of the owning families to the business while developing the evolving management system needed to contend with extraordinary global expansion and to adapt to changing global food needs. He played that role extremely well."

Effective March 23, Katrina O’Connell will shift from her role as CFO at Old Navy to become CFO of Gap Inc., replacing Teri List-Stoll. The company also announced that Old Navy president and chief creative officer Nancy Green will serve as interim CEO of the division while a search is underway to fill the position that was previously held by Sonia Syngal who was recently elevated to the role of CEO of Gap Inc.