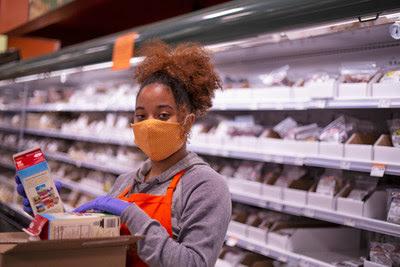 The U.S. economy added back hundreds of thousands of retail jobs in June thanks to the reopening of many state economies.

According to the Bureau of Labor Statistics' July 2 jobs report, retail employment in June rose by 740,000 (after a gain of 372,000 in May and losses totaling 2.4 million in March and April combined).

In June, notable retail job gains occurred in clothing and clothing accessories stores (+202,000), general merchandise stores (+108,000), furniture and home furnishings stores (+84,000), and motor vehicle and parts dealers (+84,000). BLS did not specify how many jobs were added back in the food retail or grocery sectors.

Overall the U.S. added a record 4.8 million jobs in June, smashing analysts' expectations of 3 million. In addition, the May jobs number of 2.5 million was revised up to 2.69 million.

“While it would be unusual for a recession to last less than six months, it is possible that the current one could have already ended with May’s rebound,” Kleinhenz said. “The good news is that the recession may have ended as fast as it started. The bad news is there is plenty of uncertainty on the shape of the reopening of the economy, and the recovery will be slow even if we are no longer in recessionary territory.”

Kleinhenz’s remarks came in the July issue of NRF’s Monthly Economic Review, which noted that the nonprofit National Bureau of Economic Research ruled last month that the U.S. economy entered a recession in February. The NBER took that long to make the declaration because part of its definition of a recession is a decline in economic activity lasting “more than a few months.” But the organization has taken anywhere from six to 18 months to declare that previous downturns were recessions, and just as long to decide if they were over.

“Before we prematurely celebrate the return of the consumer, the wave of new coronavirus outbreaks spreading throughout the country are a major threat to the recovery,” Kleinhenz  said. “These outbreaks are alarming, and if they accelerate will certainly sway consumer and business confidence, taking a toll on output and employment and prolonging the time it takes to achieve a true economic recovery.”