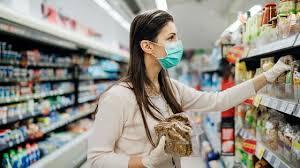 Meeting rent obligations — along with keeping stores clean and safe — will challenge retailers well into 2021.

Retailers are generally catching up on rent as the pandemic drags on, but many merchants will need until next year to pay up in full, according to a new study.

The National Retail Federation (NRF) and financial services operation PJ Solomon released survey results on one of the biggest questions for retailers in this year of the outbreak: how to pay rent or otherwise work out deals with landlords.

The results provide reason for optimism, according to the Washington, D.C.-based NRF.

“We started to see some encouraging signs for the retail industry with June’s positive sales growth and within the backdrop of a gradually reopening economy,” said David French, the group’s SVP of government relations. “The influx of stimulus-driven consumer spending and negotiations with landlords has helped keep retailers afloat. As retailers look ahead to cover rent and other expenses in the coming months, more federal government relief is needed to ensure the industry can continue to rebound and fuel the economic recovery.”

The findings are based on surveys of 48 c-level executives at retailers with 2019 sales of $100 million-plus and at least 10 store locations, conducted July 15-28.

The report found that:

“If you’re a retailer with an extensive store footprint, effectively managing these fixed costs has been critical to preserving cash while brick-and-mortar sales remain under pressure, even as online sales surge for many,” said Jeff Derman, managing director at New York-based PJ Solomon. “Genuine rent relief through this unprecedented period, whether it is landlord- or government-driven in the future, will hopefully provide sufficient runway for many of these retailers to maintain liquidity long enough to continue serving their customers and paying their employees until the pandemic’s most severe effects have retreated.”