Some say the world is getting smaller as geographic borders fade and multinational companies set up shop in emerging markets.

But U.S. retailers and consumer packaged goods companies seeking fast-growing markets need look no farther than their own backyards. The Hispanic population in cities throughout the United States is surging. Hispanics currently represent about 16 percent of the total U.S. population, or 50.5 million, up 43 percent from 2000, according to the U.S. Census Bureau. And the segment is expected to represent 30 percent of the nation's population by July 2050.

As the Hispanic population grows, so does its consumer impact. Nielsen estimates the buying power of Hispanics in the United States could hit $1.6 trillion in 2016, up from about $1 trillion in 2010. Hispanic consumers spend more than the average consumer on regular and stock-up shopping trips, new research shows.

"Based on above-average consumption of many consumer products and their continued demographic growth, Hispanics will be the dominant, and in many cases, the only driver of consumer packaged sales growth," Nielsen says.

Supermarkets that focus on products sought by Hispanic consumers have expanded. San Jose, Calif.-based Mi Pueblo Food Center, for example, was founded with one store in 1991 and now has 21 locations in Northern California.

While the company filed for Chapter 11 bankruptcy protection in July, it plans to keep its stores open while it reorganizes and finds a new bank, the San Jose Mercury News said.

Mainstream retailers are now taking notice, addressing Hispanic shoppers with greater diversity and reaching out to the demographic, says Elena Etcharren, senior vice president at AMG Strategic Advisors, a unit of Acosta Sales & Marketing, in an interview. She cites Walmart as an example of a company who is "ahead of the game."

In recent years, Walmart has increased its investment in Hispanic marketing, spending about $60 million a year in 2011 and 2012, according to Advertising Age. The company is moving to make its business units accountable for multicultural marketing.

CPGs also are catching up with the demographic trend, and many companies are developing new products specifically targeted at the Hispanic market. Secaucus, N.J.-based Goya Foods, America's largest Hispanic-owned food company, recently announced it will launch a line of baby foods with Beech-Nut aimed at Latina moms.

"One-fourth of all births in America today are to Hispanics, so that any company hoping to grow their business must take their needs and tastes into account," says Bob Unanue, president of Goya Foods, in a release.

Because Hispanics have larger families on average than non-Hispanics, their purchase of baby food is 15 percent higher than for other demographics, Unanue says.

Variety is the name of the game

While mass-market retailers add products with Hispanic appeal, specialty stores continue to represent formidable competition, particularly in urban neighborhoods, with their ability to stock a wider variety of products that cater to the Hispanic palate.

For example, the city of Chicago has about 222 ethnic grocery stores in 53 of its 77 neighborhoods, according to a March study by DePaul University's Chaddick Institute for Metropolitan Development.

The DePaul study, which included Asian, Middle Eastern and African as well as Mexican and Central and South American groceries, found Chicago's "hybrid" ethnic stores – those stores that sell ethnic food as well as American brands – carry an average of 98 varieties of fruit, compared with 75 at traditional grocery stores. They include fruits like guava and green papaya, unheard of at most traditional U.S. grocery retailers. Vegetable varieties outnumber those of traditional stores 121 to 81.

The stores can stock a wide range of products because they buy and sell foods in smaller quantities, the DePaul researchers say. A visit in May to Supermercado Chapala, a small store in the culturally diverse Rogers Park neighborhood of Chicago, reinforced those findings. The store offered guajes, chayotes, nopales (the pads of prickly pear cactus) and a variety of chilis, tomatillos and fruit, as well as a butcher counter in the back of the store.

Asked how he attracts customers, the store manager pointed to his produce price scanner. Prices for Mexican goods at the store generally were less than or equivalent to sales at conventional stores, although staples like milk were higher.

Hispanic shoppers are drawn by variety as well as prices, says Liz Sanderson, vice president of strategy and insights at Univision Communications. For now, smaller stores can compete with fresh foods, but big box stores have the edge in terms of price on staples like hair-care products and paper goods, she says.

Marketing efforts can be worthwhile because Hispanic shoppers are willing to pay for quality foods and are brand loyal, the AMG/Univision survey found. Four in 10 Hispanics surveyed say they buy higher-quality nongrocery products if they think they will last longer, compared with 27 percent of the general population. In addition, 70 percent of Hispanics report they tend to stick to the same brand names at the point of purchase.

What Retailers Should Know

"More availability of products directed at Hispanic consumers [at big-box stores] doesn't mean Hispanic consumers will buy them," says Maura Wall Hernandez, a Los Angeles-based author of a food and cooking blog, "The Other Side of the Tortilla."

Hernandez says she prefers to shop at a Mexican market for specific items, such as authentic products, and visit other stores for general-market items.

Traditionally, Hispanic shoppers turn to smaller, ethnic neighborhood stores to find ingredients that they cannot find elsewhere. "Many home cooks are brand-loyal, particularly when it comes to ethnic foods, and especially if they are immigrants or first-generation, because they want comparable or exact products to what they're used to buying in their home country, or what they've grown up eating," Hernandez says.

Only 22 percent of Hispanic consumers shop alone, compared with 46 percent of the total population, the AMG/Univision report found, and that tendency for shopping as a social experience leads to larger grocery baskets as family members ask for favorite items. "Hispanic moms are very much about pleasing their children through food," says Etcharren.

They also are tech-savvy, Sanderson says, particularly Hispanic millennials (those born in the 1980s to 1990s), she says. Not only do Hispanic consumers own tech devices, "they are heavily engaged with the devices," Sanderson says.

In a Meredith Hispanic Ventures survey published in March, nearly half the respondents say they use a mobile or smartphone while shopping. In response to this trend, Hispanic supermarket El Super, which has locations in California, Arizona and Nevada, uses both Facebook and Twitter. El Super also tweets its weekly sales items in Spanish.

Northgate Gonzalez Market, an Anaheim, Calif.-based supermarket chain with 36 stores that caters to the Latino community, posts its weekly specials in videos on YouTube and Facebook in Spanish and offers children's games on its website.

The company has been successful by staying focused on its core customers and the neighborhoods it serves, says Mike Hendry, vice president of marketing for the grocery retailer.

"Because of that focus, we are able to serve neighborhoods without having to get caught up in discussions about devising different store formats, or trying to be all things to all people," Hendry says. "We can cater our offering by store to match our customers' desire for product assortment, services, store layout and even small details like our operating hours."

Retailers that serve the Hispanic niche better than their competitors do are well positioned to grow as the population grows.

Suzanne Cosgrove has covered commodities for Thomson Reuters and Knight-Ridder Financial News and has served as a real estate editor for the Chicago Tribune and as the Chicago bureau chief for Market News International. 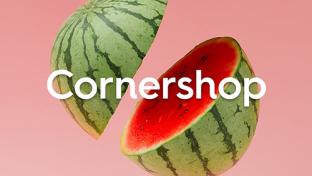 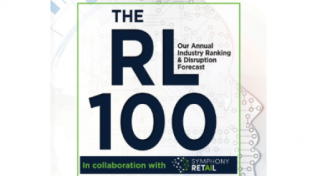