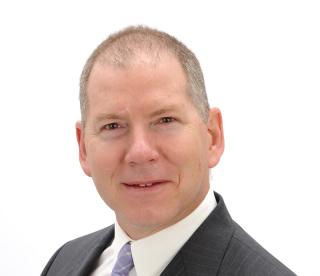 The phrase “ankle-biters” entered the retail lexicon in a big way last year and was used often with derision to describe small, niche brands contributing to the growth challenges of large consumer goods companies. These pesky ankle-biters also made their presence felt among retailers where their cumulative impact created a growth headwind for established retailers.

While the ankle-biter phenomenon has been gathering momentum for close to a decade, it is high on my list of key ways the retail world will change. The reasons why relate to factors such as technology, social media, e-commerce and shifting consumer preferences that have caused a fragmentation of demand that ankle-biters are well-equipped to satisfy.

For starters, it has never been easier to build a personal brand via social media and Youtube. Oftentimes an individual simply pursuing a passion gains a following and a level of celebrity that can be parlayed into the sale of products. Others who intend to be merchants at the outset can simply leverage digital communication methods to directly connect with shoppers seeking niche items not available in local stores. These merchants then have the ability to reach millions and millions of potential shoppers by exploiting Google’s capabilities or participating in one or more of the third party marketplaces.

The most obvious example here is Amazon with its FBA (Fulfilled by Amazon) program that gives small merchants access to a highly advanced supply chain network and a rapidly expanding base of fulfillment centers located ever closer to more shoppers. Anyone with access to inventory and an Internet connection can be a retailer or a brand, supported by marketing, merchandising and supply chain capabilities as or more sophisticated than those available at some legacy companies.

Ankle-biters comes in many sizes from multi-million companies with distribution in conventional retail outlets whose impact can be quantified to millions of much smaller entrepreneurs relying on e-commerce marketplaces or shipping goods from their garage. They don’t even rise to the level of the ankle and their sales certainly don’t show up on any Nielsen or IRI reports. This makes ankle-biters like an odorless and colorless gas, the existence of which can only be proven by sales and traffic weakness at established retailers.

That why the ankle biter effect is so frustrating and different from competitive challenges of the past. For example, in the 90’s, if Walmart opened a 200,000-sq.-ft. supercenter near an aging Kmart store Kmart would know who took its market share. The same is true today to a lesser extent when it comes to rapidly expanding chains such as Dollar General or Aldi. It is easy for competitors to identify either as a source of sales weakness when they open nearby.

The ankle-biter phenomenon isn’t going away. It will persist and intensify in the coming years and be an even bigger competitive issue. However, there is a solution and it doesn’t involve going head to head with Amazon or Walmart to offer an endless aisle marketplace approach. It does mean innovation has to accelerate throughout organizations at an accelerating pace – something often heard, but seldom delivered – to provide the uniqueness and personalization that makes shoppers’ receptive to the ankle-biters.

There’s the obvious stuff like adding greater precision to assortment planning by category and store, leveraging new sources of insights for personalized offers, evolving collaboration processes with suppliers to move faster and relentlessly focusing on the supply chain to more efficiently flow goods, eliminating waste and executing new fulfillment models such as click and collect or home delivery. And when it comes to food retailers in particular, being more aggressive about employing a digital first mentality, leveraging stores to drive traffic to their Web sites and exposing shoppers to the universe of items that physical stores can’t accommodate.

The ankle-biters will continue to mass and gnaw at the market share of established retailers, moving higher up the leg of the vulnerable who have deluded themselves about the relevancy of their stores or the extent of digital advancements. If that makes for a disturbing visual – good – because no retailer wants to look in the mirror several years from now and regret not having moved faster.