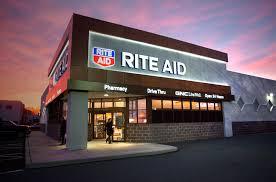 The Seattle area is made up of a growing number of people who share Rite Aid’s holistic health mindset, the retailer said.

Founded in 1890, Bartell Drugs is a family-owned chain that operates 67 stores in Washington state, and which generates more than $550 million in annual revenue. The retailer fills approximately 5.5 million prescriptions annually across its stores in Seattle and throughout King, Snohomish and Pierce counties.

“For more than a century, Bartell’s has been an integral part of the fabric of Seattle and neighboring communities serving families with pharmacy services while promoting the health and well-being of local communities,” said Heyward Donigan, Rite Aid’s president and CEO. “The acquisition of Bartell’s fits perfectly into and accelerates our RxEvolution strategy, as our companies share a commitment to total health and wellness, the importance of the pharmacist as a trusted health advisor and the critical role the neighborhood pharmacy plays. Expansion within the growing Seattle area will allow Rite Aid to better serve customers, health plans and healthcare providers.”

The greater Seattle area is made up of a large and growing number of people who share Rite Aid’s holistic health mindset, according to the retailer. Rite Aid, in turn, said it supports these families as a whole health destination with pharmacists that embrace their role as the everyday extension of the broader healthcare ecosystem. By deepening the organization’s commitment to families in the Seattle area, Rite Aid said it is better positioned to support the health and well-being of its customers, as well as the many regional health plans and health systems in the region which serve them.

“(We are) looking forward to the future with Rite Aid,” said George D. Bartell, chairman of Bartell Drugs. “We are excited about the opportunity to expand upon our mission to be the best neighborhood drug store in the Pacific Northwest. Rite Aid’s vision fits well with what we think will best serve the needs of our customers.”