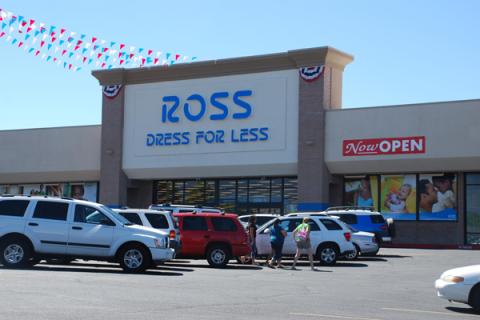 Ross Stores operates more than 1,453 locations in 38 states, the District of Columbia, and Guam.

Bargain lovers flocked to Ross Stores during the second quarter, enabling the company to top same store sales forecasts and announce that it will accelerate its expansion plans.

“We are pleased with the above-plan growth we delivered in both sales and earnings in the second quarter," said Barbara Rentler, Chief Executive Officer. "Though better than expected, operating margin of 13.8% was down from last year as higher merchandise margin and leverage on occupancy and buying costs were more than offset by a combination of unfavorable timing of packaway-related expenses, higher freight costs, and this year’s wage investments.”

The retailer's impressive results join similarly good numbers from TJX, which reported its second quarter sales and earnings this month also. Off-price retailers such as TJX and Ross have steadily gained market share in the U.S. over the past two decades while many other retailers, especially department stores, have faltered.

“We are excited to announce that we have raised our long-term projected store potential to 3,000 locations, up from the previous target of 2,500. This is based on our research that indicates we can now further increase penetration in both existing and new markets. As a result, we believe that Ross Dress for Less can grow to about 2,400 locations across the country, up from our prior target of 2,000, and that dd’s DISCOUNTS can ultimately become a chain of approximately 600 stores, versus our previous projection of 500. This higher store potential provides us with a considerable amount of long-term growth opportunities given our current store base of 1,453 Ross Dress for Less and 227 dd’s DISCOUNTS,” Rentler said.

Ross Stores operates more than 1,453 locations in 38 states, the District of Columbia, and Guam.