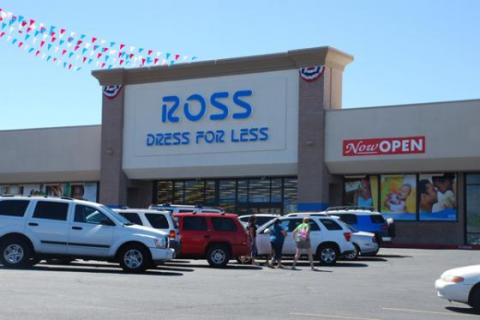 Ross makes moves towards its footprint growth of 3,000 locations.

The company announced the recent opening of 30 Ross Dress for Less ("Ross") and ten dd's Discounts stores across 19 different states in September and October. These new locations complete the company's store growth plans for fiscal 2018 with the addition of 99 new stores.

"This fall, we continued to expand our Ross and dd's footprints across our existing markets as well as expansion in our newer market – the Midwest," said Jim Fassio, President and Chief Development Officer. "We now operate nearly 1,500 Ross and over 230 dd's Discounts locations. Looking ahead, we continue to believe there is plenty of opportunity to further expand our store base for both chains given consumers' ongoing focus on value. As such, we recently updated our longer-term growth store potential to reflect our confidence that Ross can grow to 2,400 locations and dd's can become a chain of 600 stores."

In August, the company released its second quarter report, showing that earnings per share at Ross rose to $1.04 from $.82 last year. Net earnings grew to $389 million, compared to $317 million in the prior year. Sales rose 9 percent to $3.7 billion, with same store sales up 5 percent.

“We are pleased with the above-plan growth we delivered in both sales and earnings in the second quarter," said Barbara Rentler, Chief Executive Officer. "Though better than expected, operating margin of 13.8 percent was down from last year as higher merchandise margin and leverage on occupancy and buying costs were more than offset by a combination of unfavorable timing of packaway-related expenses, higher freight costs, and this year’s wage investments.”

The retailer's impressive results join similarly good numbers from TJX, which reported its second quarter sales and earnings this month also. Off-price retailers such as TJX and Ross have steadily gained market share in the U.S. over the past two decades while many other retailers, especially department stores, have faltered.