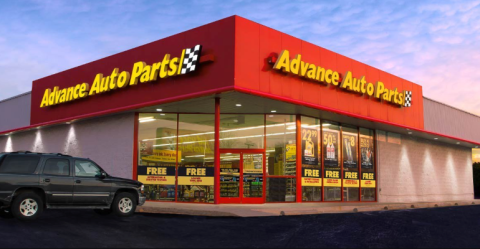 Essential retailers are not created equal as evidenced by a dramatic sales decline at Advance Auto Parts. While major grocers such as Kroger and Ahold Delhaize reported same store sales of 30% and 34%, respectively, during March, and retailers such as Target and Costco also reported surging sales of food, it was the opposite situation at Advance Auto Parts. The operator of nearly 4,900 locations said its same store sales declined 28% during the two week period ended April 4. The big decline followed a general downtrend that was occurring through the 12 weeks ended March 21 in which comps declined 3.2%.

As sales were deteriorating, the company was implementing many of the social distancing and protection measures that have become commonplace, such as enhanced cleaning practices and reduced hours.

Even so, being designated an essential retailer is no assurance of sales success because the drivers of demand in auto parts retailing are dependent on a robust economy. No one is stocking up on brake pads and motor oil due to the pandemic. For example, the current environment includes shelter in place orders which have driven a temporary reduction in miles driven, particularly in hard hit geographies, and therefore have impacted both DIY retail traffic and professional customer car counts, according to the company.

The nation’s two other major specialty retailers of auto parts, AutoZone and O’Reilly Automotive face the same operating environment as Advance, but neither has offered an update on sales performance. O’Reilly operates 5,439 stores and is set to report its first quarter results on April 22. AutoZone operates 5,815 U.S. stores.

During an April 7 update, AutoZone did announce it had closed on a new revolving credit facility, suspended share repurchase activity and introduced curbside pick up.

“As an essential business, we are providing necessary parts and products like automotive batteries, headlights, brakes and other automotive hard parts needed by the motoring public. Many of our customers are first responders, health care professionals, auto repair shops, and people just needing to get to the pharmacy or grocery store,” said Bill Rhodes, AutoZone chairman, president and CEO.