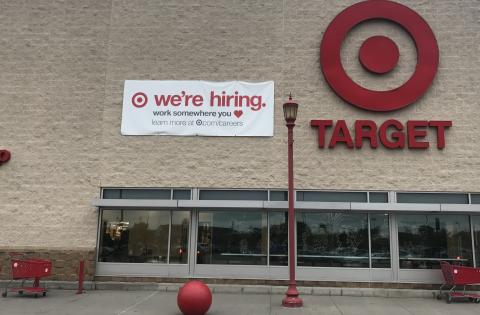 The addition of new workers and increased pay at Target have placed enormous pressure on expenses that will eat into first quarter profitability.

Target revealed stunning sales growth numbers ahead of its first quarter earnings release and warned that increased expenses would eat into profits.

The morning of April 23, Target said its quarter-to-date same store sales had increased more than 7%, a figure which reflected a slight decline in stores but more than 100% growth in digital channels. Across the company’s core merchandise categories, comparable sales increased more than 20% in essentials and food and beverage, more than 16% in hardlines, increased slightly in home, but declined more than 20% apparel and accessories. As a result, Target said it has gained market share in its core areas, while warning of the profit impact cause by COVID-19 related expense pressures.

“Our strategy was built to be durable and sustainable in any environment and its strength is driving our business in the face of marked shifts in shopping behaviors caused by COVID-19,” said Target chairman and CEO Brian Cornell. “Because of our strong business model, we are able to make considerable investments to support our team, put protections in place, and adjust to serve our guests who are being advised to shelter in place and avoid stores. As a result, we are seeing record-setting digital growth, strong demand for our same-day fulfillment services and broad market-share gains across each of our core categories.”

While the crisis is putting near-term pressure on profits, that pressure is far outweighed by doing right by employees and customers, according to Cornell, who said the actions the company has taken will drive growth and greater customer affinity long-term.

In addition to providing an update on first quarter results, Target provide an unusual amount of detail on the cadence of sales during a highly dynamic period. For example, Target disclosed on March 25 that for the month of for the month of February comps increased 3.8%. Around the middle of March, there was an even stronger surge in traffic and sales, while category mix became heavily concentrated in the essentials and food and beverage categories. Later in the month, as customers across the country began to shelter in place, sales trends in stores softened significantly while digital sales accelerated dramatically. For the month in total, comparable sales increased in the low double digits, reflecting mid-single digit growth in stores and more than 100 percent in Target’s digital channels. Across the company’s merchandise assortment, March comparable sales increased approximately 40% in essentials and food and beverage, and by approximately 20% in hardlines. For the month, comparable sales declined in the low single digits in home and more than 30% in apparel and accessories.

Target, like many retailers has withdrawn its sales and earning guidance due to COVID-19 uncertainty, however the company has warned its first quarter operating margin rate will be reduced by more than five percentage points.