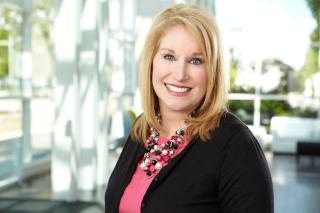 Sally Beauty Holdings named finance and supply chain executive Aaron Alt to the role of president, filling a position previously held by Carrie McDermott. She left the Denton-Texas beauty retailer after a little more than a year to accept a CEO position at another company in her current hometown of Columbus, Ohio, according to a statement by Sally Beauty.

Assuming McDermott remains in the retail industry, there are a number of notable companies based in Columbus including L Brands, parent of Victoria’s Secret and Bath and Body Works, extreme value retailer Big Lots and DSW Inc. Big Lot just named a new CEO in August and DSW's CEO has been in place since 2016. McDermott spent nine years at DSW prior to joining Sally Beauty.

In addition to McDermott’s departure, Sally Beauty announced a number of other senior executive moves and pre-announced that flat same store sales for its fourth quarter, reversing seven quarters of negative results.

“The expansion of Aaron (Alt’s) management responsibilities recognizes his valuable skillset and the meaningful contributions he has already made to the company as we implement our transformation initiatives,” said Chris Brickman, President and Chief Executive Officer of Sally Beauty Holdings. “I believe that with Aaron’s leadership, and the strength of the Sally leadership team, anchored by Chris Kobus, GVP Marketing and Digital, and John Goss, GVP Stores, we are well-positioned for future success in our Sally Beauty Supply business.”

In other moves, Heather Plutino was named Group Vice President of Finance and Treasurer to lead financial planning and analysis, treasury and risk management. She joined Sally Beauty from Ascena Retail Group where she was vice president and treasurer. Prior to Ascena, Plutino served in a variety of finance and treasury roles at Charming Shoppes and Target Corporation.

“These appointments and changes further underscore our commitment to executing on our transformation strategy to generate profitable growth. With our detailed fiscal 2019 plans in place, our team is highly focused on executing against this plan. We look forward to providing an update on our progress on our fourth quarter earnings call.”

That call is scheduled to take place Nov. 8.