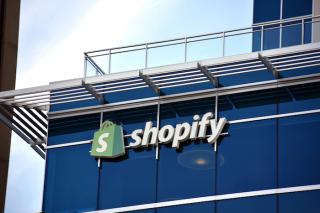 A trio of top executives at e-commerce platform Shopify are leaving the company, CEO Tobias Lütke announced in a blog post April 14. The departures include Chief Talent Officer Brittany Forsyth, Chief Legal Officer Joe Frasca and Chief Technology Officer Jean-Michel Lemieux. All three will transition out of their roles over the coming months.

The high-profile exits, which make up nearly half of the top executives at the online shopping cart business, come on the heels of the departure of Craig Miller, chief product officer, who left the company in September.

The number of top executives leaving the company in quick succession has raised eyebrows around the retail industry, particularly as the company has experienced massive growth during the Covid-19 pandemic, when businesses turned to digital solutions to fulfill consumer demands.

Shopify, which is based in Canada, supports more than 1 million businesses globally and has a market cap around $154 billion, Market Watch reported. The company teamed up with retail giant Walmart last year to integrate Shopify sellers into the Walmart platform.

According to Lütke, the executive departures are occurring at exactly the right time.

“Each one of them has their individual reasons but what was unanimous with all three was that this was the best for them and the best for Shopify,” Lütke wrote in his announcement. “Each of them has completed 2-3 tours of duty in their careers at Shopify and have achieved incredible things that will live on as their legacy.”

Each of the executives were early employees of the company and have been working with CEO Lütke for several years. Lütke also attempted to quell fears about the leadership changes by pointing to the strength of the leadership that remains in place at the company, as well as its strong recruitment capabilities.

“We have a phenomenally strong bench of leaders who will now step up into larger roles. The brightest people in the world are lining up to work at Shopify and those that are joining us every day are incredible,” he wrote. “The people, luck and our talent density runs as deep as ever."