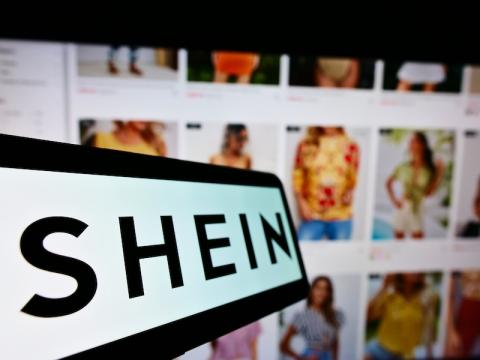 The valuation stems from a $1 billion funding round for the fast-fashion e-commerce company, Bloomberg reported. The valuation makes Shein one of the most valuable private companies in the world. In fact, it is the third-most valuable startup in the world, behind ByteDance Ltd. and SpaceX, according to CB Insights. The funding round raised between $1 billion and $2 billion, according to The Wall Street Journal. Private-equity firm General Atlantic, as well as existing investors Tiger Global Management and Sequoia Capital China, participated in the funding round.

The news comes after Shein had an estimated $15.7 billion in revenue in 2021, a 57% increase over the prior year, according to a recent report from Coresight. That growth rate exceeds that of Shein’s fast-fashion competitors ASOS and Boohoo Group, which saw year-over-year growth of 19.8% and 28.1%, respectively, Coresight found.

Shein has become a fan favorite of Gen Z and Millennials in the U.S. The retailer is the 12th most-shopped retailer or platform for clothing and footwear in the U.S., Coresight found. Twelve percent of apparel shoppers reported that they had purchased clothing and footwear from Shein in the past 12 months. Given its huge growth, Coresight anticipates Shein will continue capturing market share in the fast-fashion sector.

“We believe that Shein is well positioned to capture a greater share of the U.S. fast-fashion market in 2022 and beyond, driven by its real-time retail model, competitive pricing and aggressive social media operations, which we explore in this report,” Coresight reported. “Furthermore, our recent proprietary survey data, discussed in this report, confirms strong demand for Shein products among US consumers, particularly among young shoppers aged 18–29.”

Shein is investing $2.3 billion in opening a global supply chain hub in Guangzhou, China, with construction expected to be completed by the end of 2022. The company is also expanding categories, such as beauty through its SheGlam branding, to attract new customers and further appeal to existing customers. SheGlam also expanded into pet products last year.

The retailer doesn’t have plans to go public at the moment, holding off on an IPO while the Russian invasion of Ukraine continues. Shein has put IPO plans on hold previously after walking back on a planned IPO in the U.S. two years ago as tensions rose between the U.S. and China. Unfortunately, Shein’s order fulfillment to the U.S. and Europe is long––between eight and 12 days––and much slower than competitors ASOS and Boohoo.