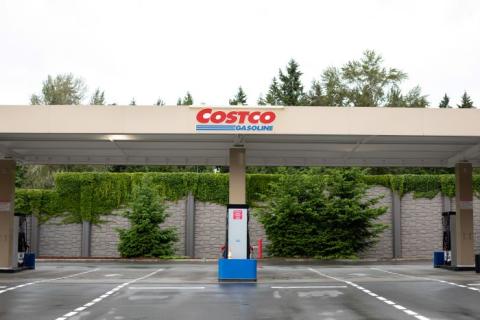 That’s because higher prices may be contributing to a pullback in retail visits as consumers begin to pinch pennies and reel in their spending. According to Placer.ai, nationwide retail visits declined 4.3% over the week of March 7 compared to a year ago.

The downturn was “the most severe decline in weekly retail foot traffic over the past 12 months that wasn’t directly tied to COVID waves or holiday calendar shifts,” according to Placer.ai.

Gas prices are up $1.37 per gallon compared to a year ago and up 71.5 cents from February. At the same time, inflation recently hit a nearly 40-year high, further impacting consumers hit by higher prices across categories.

The change in consumer behavior sticks out because retailers have been able to keep customers throughout 2022 even as prices have risen –– that may be due to mass merchants and larger format grocers’ willingness to keep price increases in check, Placer.ai suggested. Foot traffic trends reveal consumers aren’t yet trading down from mass merchants and grocery stores in favor of discount retailers and dollar stores yet.

Fortunately, the initial sticker shock of higher gas prices may have worn off, as retail visits rebounded slightly during the week of March 14. In addition, the gas price hike slowed, though prices still remain elevated. The trend should still keep retailers on their toes.

“Should current trends continue, the rise in retail gas prices is likely to continue to weigh on overall retail traffic –– particularly on those retailers that have greater exposure to lower-income consumers where gas makes up a higher percentage of household budgets,” Placer.ai stated in its report.

The impact of higher gas prices on retail visits is nothing new, and price hikes over short periods of time have disrupted retail visitation trends in the past. The rebound in visits in the second half of March also suggests consumers may adjust to these higher prices relatively quickly. It is possible that retailers with a wider assortment could be winners of this trend if consumers pull back on their retail visits and return to shopping for more items in one shopping trip.

For example, warehouse retailer Costco, which operates nearly 640 gas stations in North America, bucked the trend. The retailer, known for its cheap gas, saw a meaningful acceleration in year-over-year visitation trends. Costco gasoline weekly visits were up 159.6% during the week of March 7 compared to the previous year. That reveals consumers might have consolidated their shopping trips to get the most bang for their buck.