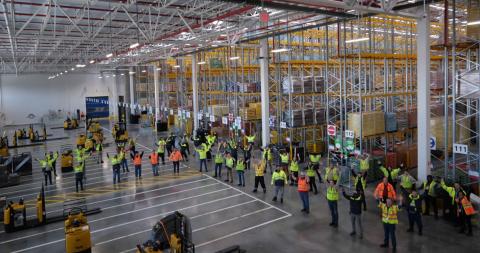 In the three years since Lidl opened its first U.S. stores, the German discount grocer has steadily grown its store base to 100 locations. That’s a more measured pace of growth than what was originally thought would happen when Lidl first opened its U.S. headquarters in 2015 followed by its first stores in the summer of 2017.

Where Lidl has been more aggressive about expansion is with it supply chain infrastructure, quietly building a network of large facilities along the Eastern seaboard that will be capable of serving 1,500 or more stores when fully operational.

Any one of these facilities would be able to handle between 300 and 400 stores depending on sales volumes and replenishment frequency, based on the experience of other food retailers. And yet, Lidl’s store count has yet to crack through 100. Look for that situation to change, and soon. Lidl is investing around $100 million to open each distribution center and it’s going to want to realize a return on that investment. The only way to do that is to get more aggressive with store expansion and start generating sales to take advantage of its distribution capacity investments.